The 2015 election in Myanmar was a pivotal moment in history due to the landslide victory of the National League for Democracy, led by the world-renowned politician Daw Aung San Su Kyi. The presence of an outstanding female leader appears to be a testament of the popular narrative that Burmese women are powerful agents granted equal rights and status in society. In Women in Modern Burma, Tharaphi Than challenges this notion and reassesses the social, economic, and political position of women in Burma throughout the twentieth century.

The introduction offers an overview that includes the “official” narrative and popular image of Burmese women along with a brief political and cultural outline of twentieth-century Burma. Than shows how the national framework of historical writing has defended the privileged positions of Burmese women, who have been portrayed as powerful agents enjoying high status and equal rights to men. Contrary to this narrative, the book attempts to challenge the concept of “liberated Burmese women” by showing that Burmese women experience little freedom in reality. It accomplishes this by exploring the world of female soldiers, politicians, writers, and prostitutes and by referencing women’s writings, personal interviews, newspapers, and magazine articles (p. 4). Next, Myanmar’s political and cultural situation in the twentieth century is briefly outlined as follows: the transition to independence (1945–48), Anti-Fascist People’s Freedom League (AFPFL) (1946–52), Pyidawtha or the Happy Land Years (1952–56), Burma Socialist Program Party (1962–88), and the post-1988 period with a post-independence media landscape.

Chapter 2 focuses on how female journalists, editors, and writers struggled to achieve their positions in the print media. After the first English-language newspaper in Burma was published in 1910, print media, especially newspapers, flourished in the country and were regarded as non-lethal weapons with which to challenge British colonial rule. Thus, young, educated Burmese nationalists viewed journalists and teachers as the most attractive professions that could build a full engagement with national politics. Educated Burmese elite men often moved easily within the print media industry, politics, and the business arena, while such mobility was not available to women. Daw Phwa Shin became the first female editor and publisher of the newspaper Tharawaddy. However, she used her husband’s name as the publisher and editor, because she feared that readers would think Tharawaddy was inferior if it was known to be run by a woman. Even Independent Daw San, who demonstrated that a woman was indeed capable of managing a newspaper, wrote under a male pseudonym for fear of being blamed for not embracing modesty. However, independence caused a seismic shift in the discourse of Burmese literature and female writers. Women writers played a significant role in shaping national themes and goals for post-independence literature, particularly for the preservation of Burmese culture and contributions to nation building and national identity formation.

Chapter 3 takes up the subject of women’s education. On the subject of female education in the colonial period, Chie Ikeya (2011) has already argued that the British education system was crucial to the success of Burmese middle-class women and that modern education triggered the most radical transformation in the history of female education and professionalism. On the other hand, Than insists that while the British education system might have triggered a transformation, “the transformation may simply have been a matter of learning in an institution” and that Burmese women “were not empowered to make their independent way in the world,” with few exceptions (p. 49). Certainly, statistical data obtained by local NGOs, the United Nations Population Fund, and the government show that women were either highly educated or highly illiterate (p. 61). In addition, male participation in the labor force was 2.5 times larger than that of females (Chart 3.11) and men were consistently paid more than women across almost all sectors included in the 1953 survey. However, the author acknowledges that “the number of female professionals [was] higher than that of males, and this reflect[ed] the rising number of females with university-level education” (p. 64) and that “women dominate[d] the health-care and teaching sectors” (p. 65), which require a high level of education. Therefore, to say that Burmese women “were not empowered to make their independent way in the world” through education seems to be exaggerated. Furthermore, considering the lack of comprehensive statistical data, the use of statistical data seems probably misleading, as the wage differences between men and women in 1953 cannot be logically extrapolated across the entire twentieth century; the social, political, and economic background should have been taken into account.

Chapter 4 addresses the creation of the Burma Women’s Army. Than reveals that a cultural landscape that expected Burmese women to be obedient, feminine, and subservient to their husbands and families was changed not because of education and modernity, but because of World War II and the Japanese occupation. Hatred of Japan and patriotic literature transformed many well-behaved women into socially and politically aware citizens. Beginning in 1943, The East Asia Youth League mobilized as many as 30,000 young women and provided them with physical and ideological training. In February 1945, as the Japanese were arresting resistance leaders, the Women’s Army Division was established within the Burma Army. The Women’s Army seemed ideal for active young women, but in reality there was only one active platoon consisting of nine members. Furthermore, female soldiers deployed to the battlefield were restricted to administrative tasks—such as translation, disseminating news to the troops, and mobilizing villagers—all of which were “disgraceful” to them, according to the author. Women inevitably failed to assume key roles in the overall movement.

Chapter 5, titled “Disbanding the Army and Communist Women,” investigates the role of women in the Communist factions and discusses why the roles of female guerilla fighters were omitted from the “official” history. After World War II, although the Women’s Army was disbanded, many women’s organizations—such as the All Burma Woman Independence Group and the Burma Women Congress—were established to advance women’s rights. Than argues that there were two spheres of Burmese women’s political activism. One was composed of elite women, especially the wives and daughters of policy makers, who chose engagement tactics, such as cooperation with the government and negotiating within the system. The other sphere represented the grassroots movement, often drawing from the wives and families of nationalist leaders, and took a more confrontational and direct approach, including boycotts and strikes. Only those who demanded women’s rights within the government framework were “allowed” a space in Burmese history and are portrayed as beacons of equal status for Burmese women.

Chapter 6 considers “Women and Modernity.” The principal argument of this chapter is how Burmese women in this period were conflicted over modernity. While businesses employed images of modern women in their advertisements and many women demanded modern items, such as cigarettes, nylon fabric, and contraceptive pills, others saw modernity as a threat to the rediscovery of uniquely identified Burmese culture for nation building and the purity of the “Burman” race and Buddhism. Therefore, the issue of intermarriage was greatly politicized. Some considered the marriage of women to foreigners as a feminine vice and a betrayal of race, religion, and state. Others saw these women as victims of exploitation by opportunist foreigners. Under the objective of freeing Burmese Buddhist women from exploitation by foreigners and protecting their interests, the 1954 Special Marriage and Inheritance Act for Buddhist Women was enacted. Than argues that the division across Burma’s social landscape between those who urged women to embrace modernity and those who saw women as a bulwark against the corruption of Burmese identity by foreign cultural influence was an outstanding feature of the AFPFL years.

Chapter 7 discusses prostitution under the title of “Marginalized Women in the Making of the ‘Burman’ Nation.” During the colonial period, prostitution—which became common during and following the Japanese occupation—was seen simply as a medical concern threatening the health of British soldiers. However, after independence the issue of prostitution was used as propaganda. While the ruling party viewed prostitution as a form of moral corruption brought on by foreign ideologies and modernity and blamed women for their inherently vile nature, the opposition portrayed it as an outcome of economic injustice and evidence of government failure. After slight mention of prostitution from the 1960s to the 1990s, the author turns to prostitution in the twenty-first century, including the Burmese social landscape and human trafficking.

Than focuses on “the forgotten women of Burma,” such as the Women’s Army, Communist women, and prostitutes; they have not been included in any “official” histories, which have been censored by authorities. The author’s challenge to reveal the ideology of the “official histories” has succeeded, as descriptions of the activities of the Women’s Army and of Communist women are limited in domestic historical research, such as Political Movements of Myanmar Women (Myanma Hsoshelit Lanzin Pati 1975). This book shows that gender studies are indispensable to enrich the discussion concerning the multiple histories of Myanmar/Burma.

Furthermore, this book also indicates that the context of the social landscape of women in the 1950s parallels the current situation. For example, ex-President Thein Sein enforced the four collective laws, what is called the Race and Religion Laws, including the Myanmar Buddhist Women’s Special Marriage Law, on August 2015 without discarding the 1954 Special Marriage and Inheritance Act for Buddhist Women. These laws were drafted to protect the rights of Burmese female Buddhists from the threat of Muslims, just as in the 1950s, when the issue of intermarriage was greatly politicized.

However, there is some inconsistency between the framework of the book and the text. For example, the trafficking of women, which is described as part of the arguments within Chapter 6 in Introduction (p. 15), is actually discussed in Chapter 7 (p. 161). Furthermore, it is not clear what the author wants to discuss as a whole, as there is no overall discussion and only a brief summary in each chapter. Although redundant and arbitrary usage of statistical data makes Than’s arguments monotonous and less persuasive, the topics addressed in this book are critical not only for the study of Burmese history but also for an understanding of present-day Myanmar. 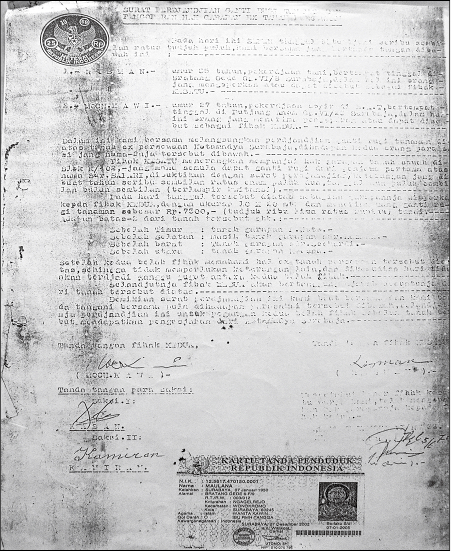 Contents>> Vol. 6, No. 1 Transforming Nikkeijin Identity and Citizenship: Untold Life Histories of Japanese Migrants and Their Descendants in the Philippines, […]