Penang—the Malaysian port city acquired by the British East India Company in 1786—spearheaded the expansion of British influence in the maritime world of Southeast Asia. Thanks to its advantageous location—at the north-western edge of the Malacca straits—Penang became a thriving hub for seaborne trade and facilitated multilateral global trade. Further, in line with the growth in trade, Penang’s economy, society, and governance systems also developed and survived the vicissitudes of the modern world. Throughout the socioeconomic history of modern Penang, we can expect to understand significant global phenomena that occurred during the modern era; these include imperial expansion, a growing world economy, and regional reactions to Western colonization. Of course, the history of Penang—one of the seeds sown in the past that has resulted in present-day Malaysia—would also enrich the understanding of Malaysian national history. Despite its importance, researchers have neglected Penang and instead lavished abundant attention on Singapore. This lacuna in historiography is appreciably filled by Through Turbulent Terrain: Trade of the Straits Port of Penang, which elucidates the general pattern of trade development and socioeconomic changes in Penang during the nineteenth and first half of the twentieth centuries.

The authors remarkably capture the long-term history of British Penang by using both official and private records, particularly those associated with commerce. Some studies have been published regarding the socioeconomic history of Penang; however, their target periods were divided into the periods before and after 1870. This is because of the change in administrative status of the Straits Settlements in 1867 and the scarcity of primary sources dealing with the earlier part of its history. But in general, there has been no study presenting the long-term history of Penang throughout the nineteenth century. In addition, as mentioned above, since most researchers have focused on the socioeconomic development of Singapore as the largest trade center in the region, the motivation to reconstruct the comprehensive economic history of Penang was usually undermined by the overwhelming presence of Singapore. However, recent studies that shed new light on the Southeast Asian trade during the eighteenth and early-nineteenth centuries advocate the significance of reconsidering regional economic development. In particular, trade-driven economic growth, by employing the viewpoint of the “long nineteenth century,” enables us to identify the local factors underlying the transitional development of regional economies between the early modern and modern periods (Reid 1997; Sugihara and Kawamura 2013). Because the historical research on Singapore, which was established in 1819, does not cover the entire period of our interest, we must investigate Southeast Asian economic development during the long nineteenth century by looking at Penang’s commercial history since the late eighteenth century—that is, before the period of Singapore’s prosperity. Through Turbulent Terrain addresses this issue though it does not use the analytical framework of the long nineteenth century. The authors have collected material from widely dispersed primary sources, such as official documents, British parliamentary papers, commercial newspapers, and so on, and organized those related to the socioeconomic development of Penang. For instance, the tables in the book’s appendix are especially useful for understanding the trend and structure of trade in the 150 years since British Penang’s foundation. Then, based on the painstakingly collected information, the authors argue that Penang grew as a global entrepôt connecting various parts of the world—including Europe, the Indian Ocean, the Southern China Sea, and adjacent Southeast Asian countries—during the nineteenth century. Particularly, its trade structure gravitated toward local trade with entities on the western coast of the Malay Peninsula, Southern Siam, Burma, and Dutch Sumatra. Additionally, local merchants, of diverse backgrounds and who operated their own businesses, were engaged in the circulation of regional products and manufactured goods. The elaborate shipping lists extracted from contemporary commercial handbooks demonstrate the multi-ethnic aspects of Penang’s trade—for instance, throughout the nineteenth century, Chinese ship owners and merchants dominated regional trade with adjacent countries. Thus, the actual state of Penang’s trade is likely to modify the conventional view of the port being subordinate to Singapore or functioning merely as a transit port for the tin industry of the Malay Peninsula. In other words, the essential pattern of trade development of modern Penang was based on its role as entrepôt in the Malacca Straits. We can additionally find the elements that remained unchanged or varied between the early modern and modern era of its multilateral regional trade—which extended beyond the imposed colonial boundaries—with neighboring countries. The authors also suggest that the most noticeable change in Penang’s trade was the shift in its status, after the turn of the century, from entrepôt to staple port.

This book highlights the multifaceted rivalry with which Penang struggled as a British colonial city. During the nineteenth century, the British community of the Straits Settlements established their influence in Southeast Asia by managing the competition with the Dutch and the suppression from the Indian government which was then ruled by the Bengal presidency. In such struggles, the leading role of the Singapore mercantile community has been underscored; however, the authors contend that the local community at Penang demonstrated its own interests, which differed somewhat from those of Singapore’s owing to the differences in geographical position and business circumstances. While Singapore’s local trade primarily covered the Southern China sea, Malayan Archipelago, and Gulf of Siam, the trade of Penang focused on the eastern rim of the Indian Ocean. Owing to the close commercial links with the north-eastern coast of Sumatra, where the Dutch influence was gradually growing, the Dutch discriminatory tariff on the imports of British manufactured goods had a more adverse effect on Penang’s commerce than on Singapore. As such, the authors argue, the mercantile community of Penang had to take desperate measures to register its protest against the violation of the Anglo-Dutch treaty. As Penang’s trade with Sumatra depended heavily on the exchange between the re-exports of Indian or British manufactured goods and Sumatra’s native produce (pepper, coffee, and forest products), the establishment of Dutch rule and imposition of hostile tariffs were a significant blow to the merchants. Therefore, to maintain Penang’s position as the regional entrepôt, its local community led the campaign calling for British diplomatic protest against the Dutch violation of the treaty. At the same time, the book also explains that the authorities at Penang themselves were struggling against exploitation by Singapore’s government, which served as the headquarters of the Straits Settlements. Because of the administrative arrangement, the revenue levied by the Penang authority was confiscated by the Singapore government and allocated unequally among the Straits cities. As Straits Settlements council members were mainly from Singapore’s local community, the council was also run in a manner that catered more to Singapore’s interests. Penang’s requests, on the other hand (for help to improve its port infrastructure, for instance), were hardly ever accepted. In the early twentieth century, there were plans to construct a port at Prai, on the opposite shore in the Malay Peninsula, to enhance the volume of tin ore exported through direct shipments. Though the port scheme was eventually rejected after a cost-benefit analysis, this incident showed how Penang’s interests were vulnerable to the decisions of the upper administrative body in Singapore. Indeed, not only did Penang face intense rivalry from foreign powers, such as the Dutch, they were also up against their fellow English who had opposing interests. Many chapters of Through Turbulent Terrain are dedicated to showing how Penang, overshadowed by the supremacy of Singapore, adjusted to harsh and changing circumstances autonomously and, at times, in an ad-hoc manner. However, these hardships are also what drove the unique socioeconomic development of this British colonial city in Southeast Asia.

Finally, I would like to point out a controversial point raised in the book. The authors state that the principal pattern of Penang’s trade switched from entrepôt to staple port in the aftermath of the rise of the tin industry and rubber production in the Malay Peninsula after 1900. In other words, while Penang’s trade growth was driven by the transit trade based on the multilateral trade linkages until the turn of the century, the subsequent driving force was the massive exports of primary goods. These were required for the industrial development of the West, which was based on the strong physical (harbor and railway) and institutional (British colonial rule) connections between Penang and the hinterlands of the Malay Peninsula. Indeed, according to the statistical information in the book, Penang came to function as a center for extracting the produce from the regions with abundant natural resources and exporting it to the world market; thus, a part of its trade performance depended on its role as a staple port. However, as the authors clearly highlight, even as the Malayan exports of tin and rubber via Penang were on the increase, the imports of consumer goods for the labor in mines and plantations were also rising. In particular, Burmese rice and foodstuffs from neighboring countries began to circulate on a large scale between Penang and the Malay States. Without such an intra-regional circulation of necessities via Penang, the labor— particularly Chinese and Indian expatriates working in tin mines and plantations—could not have specialized in the production of industrial raw materials. Therefore, the increase in purchasing power of local populations caused by exports of staple products in a certain region, was used to satisfy the demand for consumer goods supplied by neighboring countries; thus, the gains from trade were distributed within the region under the influence of Penang’s entrepôt trade. This development pattern of Penang and the adjacent region suggests that while staple exports did indeed become the dominant item in its trade, the functioning of Penang as an entrepôt since the nineteenth century underlay the entire growth of its regional economy; further, it held on to its position at the center of commodity circulation. This finding of the book sheds new light on the presence of staple ports in Southeast Asia. Their function was not confined to a close link between the port, on the one hand, and the narrow hinterland area or a country, on the other; rather, it facilitated the development of an extensive regional economy. Through Turbulent Terrain deals with the insightful question regarding the relationship between the prosperity of a cosmopolitan port city and the growth of the regional economy in a period when the modern world was taking shape. 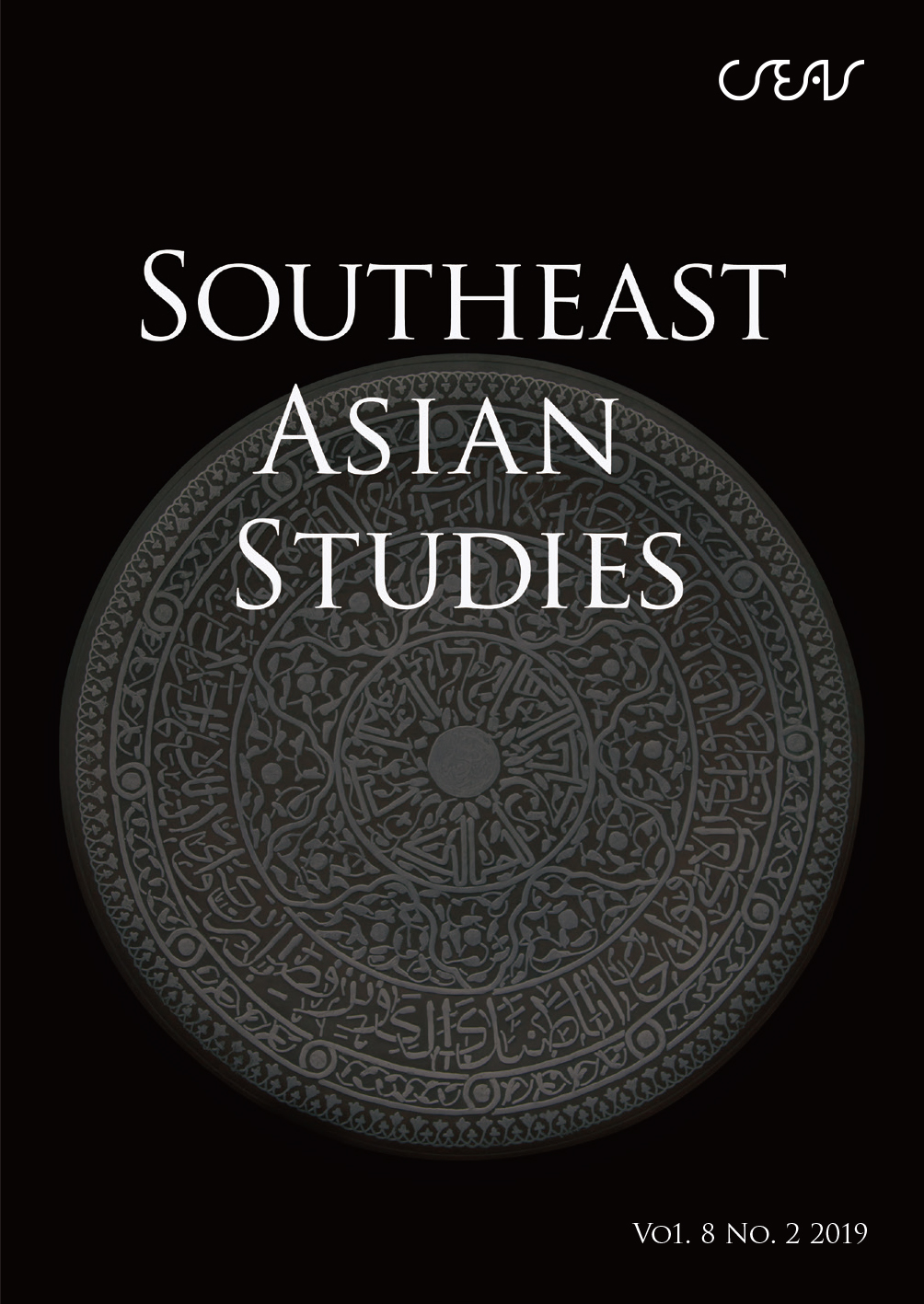 Contents>> Vol. 8, No. 3 “Moving the Kitchen out”: Contemporary Bugis Migration Mukrimin* * School of Social Sciences, The University of Western […]