The Crown and the Capitalists: The Ethnic Chinese and the Founding of the Thai Nation

Histories of modern Thailand have long reserved a prominent place for the role of the country’s ethnic Chinese. Wasana Wongsurawat’s new book, The Crown and the Capitalists: The Ethnic Chinese and the Founding of the Thai Nation, focuses on a crucial element of this history: the relationship of the ethnic Chinese with Thailand’s monarchy. Wasana traces the history of this remarkable relationship against a backdrop of tumultuous changes in Thailand, Southeast Asia, and China, starting with the Opium Wars, through the European colonization of Southeast Asia, the rise of Chinese nationalism, the overthrow of the Qing Dynasty in 1911, the overthrow of Siam’s absolute monarchy in 1932, Japanese imperialism in China and Thailand during the Pacific War, and the Cold War. Through a discussion spanning a period of approximately a century, Wasana shows that while the relationship between the ethnic Chinese, the Thai monarchy, and China experienced enormous stresses and strains on all sides throughout this long period, it has endured intact. This makes Thailand’s relationship with China, built in significant part on the relationship between the ethnic Chinese and the monarchy, arguably the closest of any Southeast Asian nation.

Wasana begins the story as Siam gradually distances itself from its old tributary relationship with imperial China and is drawn into the orbit of the British Empire. One of the crucial turning points in the book is the signing of the Bowring Treaty between the Thai court and the British governor of Hong Kong, Sir John Bowring, in 1855 (pp. 4–5). The Bowring Treaty was modeled on the Treaty of Nanjing, drawn up after China’s defeat in the first Opium War a decade earlier. It contained a crucial provision that, according to Wasana, would have a huge influence on the status of Siam’s ethnic Chinese: the principle of extraterritoriality. Under the treaty, a subject of one of the colonial powers could not be tried by a Thai court but was instead subject to colonial judicial authority. Conventional historiography tends to view this provision as one of Thai history’s “bad things,” an infringement of Siam’s sovereignty—which it undeniably was. Yet it was precisely this freedom from Siamese authority that made Siam attractive to ethnic Chinese entrepreneurs in an era of European colonial domination of Southeast Asia (p. 5). The Thai court, for its part, cultivated the leading ethnic Chinese merchants by awarding them noble titles and giving them favorable economic treatment. Thus, despite the loss of sovereignty due to the Bowring Treaty, through its deft handling of the relationship with the British Empire and a mutually beneficial relationship with the large ethnic Chinese community, Siam’s royal government was able to take advantage of the economic opportunities created by European colonial rule in the region.

Extraterritoriality created a unique situation where, Wasana argues, ethnic Chinese residing in Siam could be classified into three groups: citizens of Chinese descent who were now Siamese subjects, Chinese who had registered as European colonial subjects, and subjects of the Chinese Qing Empire (p. 91). The rise of Chinese nationalism in the early twentieth century posed a problem given the royal government’s lack of authority over large sections of the Chinese community. Chinese nationalism had the potential of radicalizing ethnic Chinese in Siam. Nationalist leader Sun Yat-sen traveled to Siam on at least four occasions to seek support from the ethnic Chinese (p. 21). It seems that he was deported in 1908 for making republican statements in his speeches. From this time Chineseness in Siam started to become associated with republicanism, which was alarming for the Thai monarchy.

One of the principal vectors of Chinese nationalism in Siam was Chinese-language schools, to which Wasana devotes the first chapter of the book (pp. 12–46). The Siamese court in the early twentieth century was concerned that Chinese schools not only tended to foster Chinese identity and Chinese nationalism but were also suspected of nurturing republican thinking, especially following the establishment of the Republic of China in 1912. Chinese schooling thus became something of a battleground between the Siamese government, which progressively sought to gain greater control over these schools, and the Chinese nationalists, whose overseas education policies aimed to use the schools to instill loyalty to the Chinese nation among overseas Chinese.

The Crown and the Capitalists has an unlikely hero, King Vajiravudh, also known as King Rama VI. In Thai history King Vajiravudh tends to get a bad press. He pushed a conservative, monarchy-centered nationalism. He is often seen as a not very successful administrator who was more interested in his literary and artistic pursuits. He is infamous for penning a notorious racist essay about the Chinese in Siam in 1914 titled “The Jews of the Orient” (pp. 67–68). But Wasana argues that the king’s view of ethnic Chinese in Siam has been misunderstood. In fact, the king was a much more sophisticated manager of the relationship with Chinese entrepreneurs than the essay would suggest—particularly given the unique circumstances he faced where extraterritoriality limited the authority of the royal government over many ethnic Chinese in the kingdom. Wasana claims that “there was little policy or legislation to back up the king’s incendiary rhetoric against the ethnic Chinese community” (p. 68). No Chinese schools or newspapers were closed down. The king appeared adept at skillfully playing off the different groups in the politically divided Chinese community at the time (pp. 69–70). His main target was the working-class Chinese republican nationalists who posed a security threat to the Thai kingdom. For much of his reign he tried to discredit the Chinese revolution and its supporters and encouraged ethnic Chinese in Siam to give their loyalty to king and country (pp. 100–101).

For Wasana, a crucial turning point in the story of this triangular relationship between the monarchy, the ethnic Chinese, and China came with the overthrow of the absolute monarchy in June 1932 by the People’s Party and the establishment of a constitutional monarchy (pp. 34–36). Wasana argues that this was “the first time since the establishment of the Chakri dynasty in 1782 that the Crown-capitalist alliance was partially dismantled” (p. 109). Many readers may not be aware that among the first foreign governments to congratulate the People’s Party was the Nationalist government in China. It appears that the Nationalists saw the People’s Party as a republican-oriented party in their mold, which had been inspired by the Xinhai Revolution and the establishment of a Chinese Republic. Wasana discusses a little-known secret document issued by China’s Ministry of Foreign Affairs some months following the coup against the monarchy called the “Guidelines for Sino-Siamese Nationalist Movement.” The document appears to suggest that the Nationalist government supported a second “antimonarchist” revolution in Siam that would turn the country into a republic. The objective was to make Siam “a more reliable ally of China than it had ever been of the United Kingdom, even under Oxford-educated Vajiravudh.” The Nationalists’ guidelines urged their “Sino-Siamese revolutionary comrades” to organize themselves in such a way as to bring about “the liberation of the Sino-Siamese people . . . and the transformation of [Siam] into a truly democratic nation” (p. 34).

But the People’s Party did not join with the Chinese Nationalists. Instead, Wasana shows that the People’s Party’s consolidation of power ushered in an unprecedented period of harsh laws and other measures targeting ethnic Chinese merchants and businesses. In 1938 the People’s Party government finally succeeded in negotiating an end to extraterritoriality. Wasana argues that this was not simply a matter of national pride—putting Siam finally on a par legally with Western nations—but it was also crucial to the domestic political agenda of the People’s Party. Now that the government had full authority over the ethnic Chinese within the kingdom, it could start to dismantle the economic advantages enjoyed by Chinese merchants under the old semicolonial regime, and in so doing break the “formidable alliance between the royalists and the Chinese entrepreneurial classes” (p. 82). The new regime also moved against Chinese-language schools. It limited the number of hours during which the Chinese language could be used and required that all other subjects be taught in the Thai language. Many Chinese schools were eventually forced to close.

The pendulum swung once again following imperial Japan’s invasion and occupation of Thailand at the end of 1941. The story is complicated, but Wasana argues that the events of World War II were crucial to the restoration of the mutually beneficial relationship between ethnic Chinese entrepreneurs and the Thai monarchy that had existed prior to 1932. One of the fascinating aspects of this section of the book is the little-known but important role played by China’s Nationalist government and Thailand’s ethnic Chinese community in supporting the Free Thai Movement, the famous underground anti-Japanese resistance fighters (pp. 11–36). Chiang Kai-shek’s support for the Free Thai Movement contributed significantly to Thailand’s favorable outcome following the war, despite the government’s earlier decision to ally with Japan (p. 130).

The book also throws light on two tragic race riots in Bangkok’s Chinatown area that have been virtually erased from Thai history. The “Yaowarat Incident” occurred on September 20, 1945, when ethnic Chinese in Bangkok’s Chinatown area, exuberant at China’s victorious emergence from years of war against Japan, rehearsed the upcoming celebration of the Republic of China’s National Day by displaying Republic of China flags. When Thai police acted to remove the “foreign flags,” violence erupted. The police called in the military, and later that night shooting broke out between security forces and supposedly armed rioters (pp. 141–145). The Phlapphlachai Riot of 1974 appears to have been sparked by an incident in which the police demanded that an ethnic Chinese taxi driver pay a fine. When he refused to pay he was arrested and taken to the police station. Crowds gathered to protest the police’s handling of the man. Later that night crowds surrounded the police station, where they were joined by student activists, demanding the man be released. Eventually the police station was attacked. The situation was so serious that a state of emergency was declared. The military was called in, and they duly arrived backed by tanks. Security forces began firing into the crowd, killing 24 and injuring 124, according to official figures. The violence continued for several more days (pp. 145–153). Yet these incidents are today virtually forgotten. Wasana argues that both the Thai state and, ironically, ethnic Chinese entrepreneurs had a mutual interest in playing down the memory of these riots:

It is not simply a case of the Chinese being beaten into submission or conservative politicians being bribed into cooperating with the Chinese business associates. Active participation characterizes both sides. Atrocities are ignored and there is much overt praise and mutual support, despite all the bad blood in the past. This formula for cooperation serves their mutual interest in dominating their true common opponents, the masses of the working class and supporters of left-wing socialist politics. (p. 154)

Wasana ends the book with more recent observations of the relationship between the People’s Republic of China and Thailand. Some readers may be surprised to learn that the first country that Deng Xiaoping visited after he became China’s paramount leader in 1978 was Thailand, where he was granted a royal audience with King Bhumibol. And in 2009 the Chinese government presented Princess Maha Chakri Sirindhorn the award of “Best Friend of the Chinese People,” on her 29th visit to China. She was the only person from Southeast Asia to receive such an award (p. 159). It seems that the triangular relationship between the ethnic Chinese, the monarchy, and China is as strong now as it has ever been. 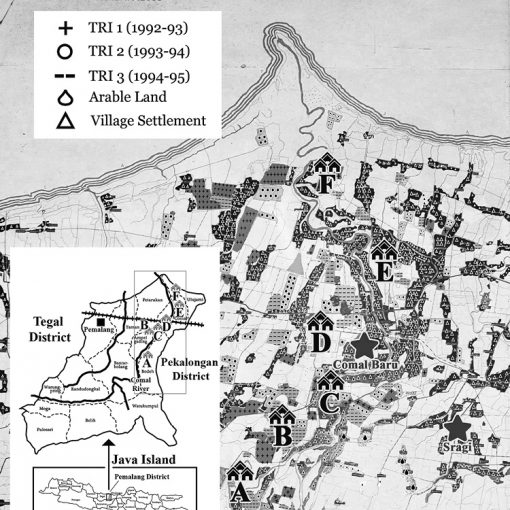