Petra Karlová’s exhaustive research and insightful interpretation of the work of Matsumoto Nobuhiro is the most thorough English language intellectual history of the ethnologist, who is often referred to as the Father of Southeast Asian studies in Japan. Hidden between the lines of a seemingly straightforward biography, however, Japan’s Pre-War Perspective of Southeast Asia offers revisionist histories of Matsumoto’s work itself, the emergence of Southeast Asian studies in Japan, and the prevailing understanding of pre-war Japanese intentions in Southeast Asia. By systematically addressing each of Matsumoto’s major academic influences and how they impacted his work during 1919–45, Karlová showcases how scientific interest in the cultures of Southeast Asia existed in Japan outside the scope of the economic and political intrigues encompassed by the Southern Advance Theory and Pan-Asianism of the 1930s and 40s.

Written by a historian, most likely for historians, Japan’s Pre-War Perspective of Southeast Asia meticulously details late nineteenth and early twentieth century ethnological and anthropological theories and theorists in an easily digestible manner. Differentiation between evolutionist, sociologist, and diffusionist schools of ethnology and an understanding of the theories of scholars such as James George Frazer, Marcel Mauss, Wilhelm Schmidt, and Paul Rivet are pivotal to understanding Matsumoto’s intellectual evolution and how Southeast Asian studies in Japan came to fruition. Karlová masterfully undertakes the delicate balancing act of not providing too much or too little on these topics, offering just enough insight that uninitiated readers need not look elsewhere for clarification nor lose focus of the narrative.

The main text is parceled into numerous sections and sub-sections within five chapters, each with its own introductory and conclusory clauses. This overly systematic approach disrupts the narrative flow despite moving along a chronological timeline. Unfortunately, numerous copy-editing errors, from missing letters and wrong tenses to repeated clauses, result in additional speedbumps in the narrative prose. However, Japan’s Pre-War Perspective of Southeast Asia is not a biography of Matsumoto’s life intended to immerse the reader in narration, but rather an intellectual history that seeks to evidentially outline the emergence of Southeast Asian studies in Japan. Such errors ultimately do not diminish from this task, and the methodical parsing of chapters provides clear points of reference that tie themes together for readers.

The first two chapters of Japan’s Pre-War Perspective of Southeast Asia cover the Japanese and foreign influences on Matsumoto the student. Karlová first details Matsumoto’s studies at Keio University from 1919–23, prior to ethnology becoming a discipline in Japan. The second chapter covers the period of 1924–32, from Matsumoto’s induction as a student at Sorbonne University in Paris to his first years as a professor at Keio University. While in Paris, Matsumoto was influenced by the often-contradictory theoretical frameworks of Europe’s leading ethnologists, such as Granet, Mauss, Przyluski, and Schmidt, which would become an important theme in Matsumoto’s future work.

In the final three chapters, Karlová interprets Matsumoto’s work through the lens of his amalgamation of his student-day influences as well as the cultural and political pressures stemming from the rise of Japanese hyper-nationalism in the 1930s and 40s. In Chapter 3, readers learn that during 1933–40, Matsumoto traveled to Indochina and the South Pacific as the beneficiary of private capitalist ventures, including the Mochidzuki Foundation and Nanyo Kohatsu K. K. Taking advantage of these organizations’ desire for further Japanese southerly expansion, Matsumoto carries books and cultural artifacts back to Japan and highlights the importance of Southeast Asian studies to economic expansionism. In the fourth chapter, Karlová expands upon Matsumoto’s ideation and establishment of Southeast Asian studies through the lens of Orientalism, Social Darwinism, and a melding of popular Japanese beliefs on modernization. As a result of this ideational patchwork, Matsumoto constructed a racialized hierarchy of Southeast Asians plagued by numerous contradictions.

Finally, in the fifth chapter, Karlová outlines the political influences of the Southern Advance Theory and Pan-Asianism during the period of hyper-nationalism in Japan, when Matsumoto incorporated the rhetoric of Japanese propaganda into his work. While other historians have failed to differentiate these ideologies, Karlová carefully distinguishes between Matsumoto’s advocacy of the Southern Advance Theory, which promoted peaceful economic expansion to the South within the confines of free trade and the international system, and his opposition to the expansionist doctrine of Pan-Asianism, which incorporated expansion to both the North and South. However, upon the inclusion of Southeast Asia into the Greater East Asia Co-Prosperity Sphere in 1940, Matsumoto again attempted to negotiate with a popular doctrine to advance the field of Southeast Asian studies and incorporated tenets of Pan-Asianism into his work.

Although Matsumoto’s aim in Southeast Asia was cultural, he managed to co-opt economic and political interests in the region to establish and expand Southeast Asian studies in Japan during 1933–45. Such adaptation, in conjunction with an amalgamation of influences, rendered Matsumoto’s work an ambiguous compromise among diffusionist, evolutionist, and sociologist approaches. Many of his works cannot even be regarded as academic due to his literary style and lack of supporting evidence. Karlová does not shy away from the flaws in Matsumoto’s work, but instead details the significance of his ability to co-opt economic and political agendas to promote his cultural interests, establish Southeast Asian studies in Japan, and inspire the next generation of scholars to continue the pursuit of knowledge in the wide array of theories he presented during his career. 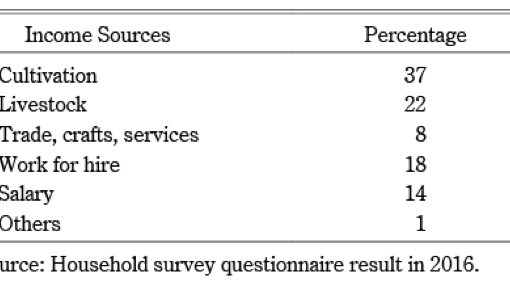 Contents>> Vol. 11, No. 1 The Feast of the Santo Niño: An Introduction to the History of a Cebuano Devotion Resil B. […] 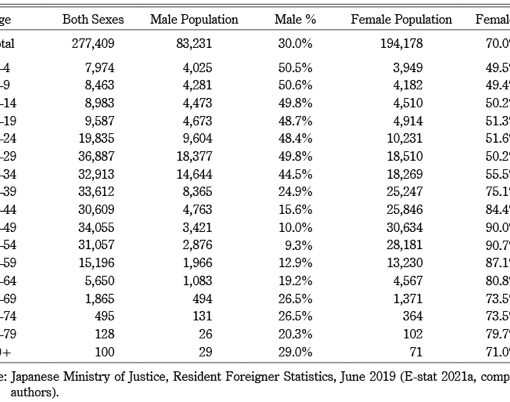 Contents>> Vol. 11, No. 1 Filipina Migrants and the Embodiment of Successful Aging in Japan: Individual Quests for Wealth, Health, and Meaningful […]

Contents>> Vol. 10, No. 3 The Spirit Ambulance: Choreographing the End of Life in Thailand Scott StoningtonOakland: University of California Press, 2020. […]