Television in Post-Reform Vietnam: Nation, Media, Market by Giang Nguyen-Thu discusses the reordering of Vietnam’s nationhood and nationalism in the post-Reform era and how this reordering took place through the production and consumption of popular television programs. While this argument about nationalism is itself an important contribution to the area studies scholarship of contemporary Vietnam, the book is also innovative in treating Vietnamese television not as the party-state’s propaganda instrument but as a site in which individual and national identities take shape independently from party-state interventions. Supported by intricate analyses of television programs, the book has an exceptionally sharp theoretical purchase, and its empirical ground is rich, sympathetic, and compelling. This scholarly achievement is produced not just out of the author’s masterful command of theoretical resources but also her firsthand experience of the subject matter during her formative years in post-Reform Hanoi.

The introduction sets up the context by giving an overview of the scholarly debates over nationalism and media in Vietnam, as well as the historical development of television in Vietnam after 1975. Following this, Chapter 1 presents the central argument in a nutshell. In Vietnam, widespread penetration of television came in the 1980s and 1990s. Television became a site for reimagining how an ordinary person could conduct one’s way of life. Up to the 1980s, people’s imagination about their life was heavily saturated with the state’s official moralism, such as stories of heroic fighters and sacrificial devotion. In contrast, melodramas of the early post-Reform years (such as The Rich Also Cry, or Người Giàu Cũng Khóc) enabled people to reimagine their lives in fresh ways, as they received the dramas’ mundane themes—such as money, love, and family struggles—like a mirror that reflected their own lives. The consumption of these stories became routine moments of self-reflection among ordinary viewers, transforming their frame of reference from pre-Reform state moralism to post-Reform banality. In addition, people acutely felt that this consumption was being shared by numerous, unknown others in different households at the exact same time of day. These changes ushered in a new sense of collective belonging, or a new form of nationalist sentiments, sensu Benedict Anderson.

Chapter 2 analyzes the images of nostalgia exhibited in two popular dramas of the 1990s and 2000s (Hanoian, or Người Hà Nội; and The City Stories, or Chuyện Phố Phường). In these programs, nostalgia was a critique of the post-Reform lives that people were living as of then. And through nostalgia-as-critique, viewers of these dramas collectively forged a sense of one nation being lived and shared at this particular point of history. The author draws on the Foucauldian concept of “memory dispositif,” or a governmental representation of memory that induces certain kinds of self. Chapter 3, then, uses the concept of “ordinary television” in order to depart from the view of media as an instrument of state propaganda. This chapter focuses on new genres of programs such as game shows, talk shows, and reality shows. Here Nguyen-Thu draws extensively on the Foucauldian idea of “care of the self,” or a form of self-reflexive ethical conduct that is distinct from moralism imposed from above.

Chapter 4 discusses a talk show series titled Contemporaries (Người Đương Thời, aired from 2001 to 2012). This program invited successful individuals, typically entrepreneurs, to talk about the interesting stories behind their extraordinary lives. By portraying these people as relatable figures whose decisions, choices, and courses of life were driven by passion for both individual achievement and national prosperity, Contemporaries enabled its audience to imagine the post-Reform nation as inherently individualist and yet nationalist as well. Such articulation between the individual and the national was made possible by the historical context of the time, wherein many people accepted the following question as a relevant one: How could Vietnam integrate and catch up with the global economy after decades of hardship and “belatedness”? Here, individual pursuit of economic success seamlessly aligned with improvement of national standing in the global world. The figures featured in Contemporaries added flesh and blood to this individual-cum-national ethic of improvement.

Chapter 5 uses affect and trauma as key concepts to discuss As If We Never Parted (Như chưa hề có cuộc chia ly, aired from 2007 to 2017). As If We Never Parted featured people whose family members went missing at various moments of the country’s history of warfare, conflict, and poverty. Such tragedies are ubiquitous in Vietnam. Each episode was a story of searching for a missing person, discovering them, and reuniting them with their family. While the program addressed the country’s past memories, the latter were presented not as histories of socialist heroism but as personal traumas and consequent healing. Audiences would sympathize with these affective stories, and they would reflect on their own traumas. This chapter has visceral descriptions of some particularly successful episodes, the reading of which is as captivating as it must have been to watch these episodes as they were aired. These powerful analyses demonstrate successfully that the experience of ordinary viewers no longer followed the orbit of official moralism. Instead, viewers’ engagement was deeply affective, intimate, and corporeal.

Up to this point, Nguyen-Thu may sound celebratory of the new nationhood that emerged in the age of television. However, Chapter 5 cautions against such a conclusion, for something gets concealed in all this imagination of nationhood mediated by the sense of the personal. As If We Never Parted projected past suffering of the nation through images of reaching toward normalcy—normal home, normal family, and normal life. Because this normalcy was framed as a matter of individuals, the viewer would easily neglect the structural cause behind these tragedies, whether it be poverty or exploitation. Such a narrative eventually “eases the guilt of the winner without providing the same sense of collective justice to the side of the loser” (p. 121). Nguyen-Thu sees this normalizing narrative as a form of governmentality, a neoliberal tendency that orients the conduct of people’s life.

The concluding chapter summarizes the book by foregrounding several sets of theoretical frameworks, such as globalization versus nationalism, nationalism versus neoliberalism, and non-state nationalism versus state-initiated developmental agenda. The sets of two seemingly opposite themes, as Nguyen-Thu shows here, are in fact mutually nested within each other.

The book is a compelling piece. If at all, though, the relative weakness of the book might lie in its methodology. While Nguyen-Thu systematically cites firsthand voices of people involved in the production of television programs, she draws much less rigorously on voices of consumers. Although the book’s meticulous examination of program contents makes a strong evidential base, one would naturally expect that the arguments about ordinary viewers’ reception of contents would have also been strengthened by interviews, commentaries, memoirs, or diaries.

Overall, this book provides colorful details and rich subtleties of how people in post-Reform Vietnam embraced their own lives and, in that process, underwent an important reordering of their nationalist sentiments, not through socialist heroism but through self-reflexive consumption of images and stories of ordinary and extraordinary lives of others. The personal is at the same time the national. For the reification of this imagined community, television played a pivotal role. This eye-opening book is recommended to anyone interested in understanding contemporary Vietnam, or post-authoritarian transitions in general.

Contents>> Vol. 11, No. 2 Dharmawara Mahathera, Sihanouk, and the Cultural Interface of Cambodia’s Cold War Relations with India John A. Marston* […] 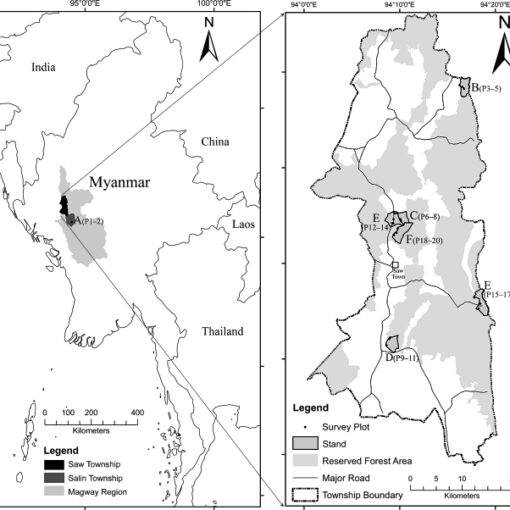 Contents>> Vol. 11, No. 1 The Primordial Modernity of Malay Nationality: Contemporary Identity in Malaysia and Singapore Humairah Zainal and Kamaludeen Mohamed […]