Slow Anthropology presents chapters with ethnographic and historic data about the Iu Mien, originally from the uplands of Laos, who after being caught up in the disruptions of the American–Vietnam war, now live in three different countries (Laos, Northern Thailand, and California). The author argues for an approach to understanding the upland-dwelling communities of Southeast Asia, such as the Iu Mien, from a perspective that focuses on their myriad relationships with other peoples, or what the author calls “intersections” and negotiations of identities. Jonsson wants to call attention to how peoples situate themselves through contracts with others, and reconstruct culture along various social and cognitive causal chains. For him, culture is what happens among people across difference and not what distinguishes one group from another. This approach allows for a representation of upland peoples as politically active and historically situated agents negotiating their own identities and futures.

The thrust of the argument and ethnographic presentation is based on an opening critique of James C. Scott’s book, The Art of Not Being Governed: An Anarchist History of Upland Southeast Asia. There, Scott argued that the upland peoples of the Southeast Asian Mainland Massif, or Zomia (a name he takes from Schendal), lived in societies and reproduced cultures that developed through state evasion. As the modern nation-state has absorbed territories that were once the homes of state-evading, upland-dwelling peoples, these strategies of evasion have come to an end, heralding the demise of the societies and cultures of the peoples who practiced them.

Jonsson’s critique points out that Scott’s approach lumps the social and cultural diversity of the Mainland Massif together under the name Zomia to enable him to develop an ideological argument that is built on the notion that states are by their very nature oppressive institutions, and sedentism entails subjugation and control. For Scott, human freedom is dependent on mobility and strategies of evasion. But according to Jonsson, Scott’s model takes away the peoples’ ability to engage the state through negotiation. He further stresses that the examples Scott gives of upland people evading the state are atypical and are of situations when political relations had broken down. This approach denies the diverse upland peoples a history and unintentionally treats them as relics from a long period of state history when they could do only one political maneuver—flee from the predatory presence of the state. In this approach as he stresses, negotiation, mutual alliance, and benefit (the very procedures that make moments of history) never emerge as options. And according to Jonsson, denying history to a people is to engage them through an act of symbolic violence.

Jonsson suggests that arguments resting on the notion that “the state is the enemy of the people” attracts readers who share in this particular anti-state approach. It resonates with their negative expectations of state–periphery relations. As he says, it is indicative of the spirit of our times in which the state is the negative other and the upland peoples’ stand as an intersubjective third between the Western academic self and the otherness of the state. As such, this and similar types of arguments say more about Western scholarship in the process of epistemological collapse than about Asian historical and ethnographic realities. He asserts disparagingly “the whole Zomia thing was just a fuss” which reflected a very educated White Bourgeois U.S. theory regarding what happens across difference. But, he goes further than this to assert that this American academic approach to the upland peoples is a refraction of the White American’s bourgeoisie admiration with Native American Indians, which has appropriated their images for the enhancement of their own prestigious identity. This interest rests on an unequal relationship which denies a fellow humanity to them. Jonsson maintains that the “shadow of the Indian” has now cropped up in comparable fascination with some of the upland peoples of Southeast Asia who served as allies to the American military during the U.S.–Vietnam war, and treats Southeast Asian upland peoples as “scientific pin-ups” for fantasies of Western (American) political virtue. Jonsson might be right with these assertions, but the slide from Scott’s Zomia to U.S. scholarship is uneasy as he does not provide enough critical evidence for these comments.

Chapter Two presents data about Iu Mien during the war in Laos. Here Jonsson discusses the ethical difficulties of writing about violence without sensationalizing representations. The chapter presents descriptions of Iu Mien experiences of the war from first-hand interviews. Chapter Three focuses on the Iu Mien refugee camp in Thailand. Between the 1960s and the 1980s, the highlanders were seen as a threat to the Thai nation. But toward the end of the millennium, Iu Mien began to participate in sport competitions and national festivals typically found in Thai villages. The author sees their participation in these events as forms of negotiating with the Thai state and its national culture. These sport events have developed forms of expressing national loyalty as well as ethnic pride in a presentation of sameness and difference. He sees their participation in these village events as echoing an occasion during the late nineteenth century when a hundred people from the uplands dressed up in traditional costumes and brought gifts to the lowland lords in China. In Thailand, these ceremonial events connect the community to the Thai state and allow them to negotiate a space within it as well as to pass for Thai (Thai-accepted Mien). Jonsson argues that the view that minorities are threatened by national integration, modernity, and capitalism needs to be revised.

From Mien in Thailand, the ethnography moves on to discuss the Mien in California. Here Mien have undergone different forms of identity negotiations. Jonsson discusses some of the difficulties in their adapting to the host American society and their ways of overcoming those difficulties. Conversion to Christianity was seen by many as a means of becoming American, and the community also came to reorganize themselves into civic self-help groups. Children have developed American needs, one being that they needed to be told by their parents “I love you.”

One intriguing incident that occurred among the Iu Mien in the three different countries around the same time was the reception of dreams which told people they had to build a temple to an ancestral spirit otherwise their culture and identity would fall apart. A temple was built in Oakland and a spirit medium in California chanted for the Thai Mien community who did not have the appropriate ritual specialist. The chant was transmitted live by cell phone to Thailand and amplified by loudspeakers. The dream message increased contacts between the different Iu Mien, providing them with a more global sense of identity. Jonsson’s point is to show that rather than assume the Iu Mien is a monolithic ethnic group who will disappear with modernity, their identities should be understood as historically situated and constantly transforming in relation to their relations with others. Unfortunately, the author does not say more about this event and does not go into real depth about the Mien diaspora and the differences in Mien ethnic identities in different countries.

Jonsson’s model for understanding the Iu Mien is an ethnic model. However, he does not really tell readers what he means by his usage of terms such as “ethnic” and “ethnicity.” Neither does he provide the meanings of other terms such as “society,” “negotiation,” and even “contract.” The problem of interpretation and representations of upland peoples might have to do more with uncritical, indiscriminate, and confused usages of such terms. Jonsson’s own “ethnic model” approach to the Iu Mien also seems to hide a sense of primordiality.

Although there is much merit in understanding upland peoples by focusing on their negotiations with lowlanders, care must also be taken not to provide an insultingly shallow image of a people that reduces their complexity of semiotic webs of meaning to nothing more than market-style negotiated relationships with others. Further, we must also be careful not to dismiss fleeing and retreat from any definition of negotiation. Upland people’s ability to negotiate with others was always conditioned by their ability to retreat, flee, and/or find another local lord. The threat of retreat gave people in the highlands (an elsewhere) a certain leverage for negotiations. In the context of the modern nation-state, upland peoples have lost this leverage. But, as Jonsson suggests, there are different symbolic possibilities available, such as being a national citizen of the state and sharing in some common values and goods that can be used in negotiations. In this respect, I think the author’s approach only complements Scott’s model.

Slow Anthropology is a thought-provoking and critically insightful book and would be of interest to students of the upland peoples of the Asian Mainland Massif (Zomia), indigenous peoples studies, comparative Southeast Asian studies, ethnic studies, war and violence, and diaspora studies. It also provides an exemplary critique of Scott’s recent Zomia model.

Contents>> Vol. 8, No. 1 History that Slithers: Kra-Dai and the Pythonidae* James R. Chamberlain** * I would like to sincerely thank […]

Contents>> Vol. 8, No. 1 Revitalization of Tradition through Social Media: A Case of the Vegetarian Festival in Phuket, Thailand Jakraphan Chaopreecha* […]

Contents>> Vol. 8, No. 1 Politicizing the Fear of Crime in Decentralized Indonesia: An Insight from Central Lombok Yogi Setya Permana* * […] 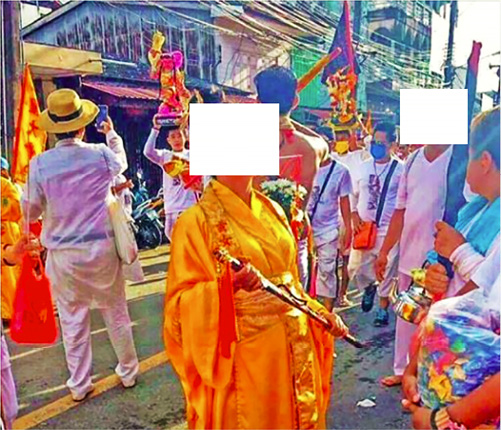 Contents>> Vol. 8, No. 1 The Killing Season: A History of the Indonesian Massacres, 1965–66 Geoffrey B. Robinson Oxford and Princeton: Princeton […]