The island of Borneo has long occupied a sensationalized niche in the Euro-American imagination, depicted historically as a land of exotic rituals and fierce headhunters, and more recently as a treasure trove of biodiversity threatened by unbridled capitalism and human destructiveness. These preoccupations frequently inflect social scientific literature on the island, with anthropologists, for example, producing detailed accounts of indigenous rituals and folklore, and political ecologists writing critical analyses of frontier development and its sociopolitical effects.

As this sober, insightful volume reminds us, however, there are far messier and more complex realities that lie beyond these dominant tropes. Building on a rich history of collaboration between Japanese and Malaysian academics, Anthropogenic Tropical Forests presents a nuanced, empirically grounded picture of one “plantation frontier” in the Malaysian state of Sarawak, tracing its social, political, economic, and ecological transformations over time and gesturing toward new possibilities for its future.

Edited by two leading Borneanists—anthropologist Ishikawa Noboru and geographer Soda Ryoji—this tome is rooted in a major multidisciplinary research project (2010–14) based in the Kemena and Tatau riverine systems in Sarawak’s Bintulu Division. Conceiving of the basin catchment as a “unitary social field” of “mixed landscapes and multiethnic and multispecies communities” (p. 2), the research team carried out both individual fieldwork and collaborative subprojects on everything from history to hydrology, global politics to plant ecology. Anthropogenic Tropical Forests is the fruit of their empirical and conceptual labors—but it is far more than a detailed project report. Filling that awkward space between conventional village- or ethnic group-centered ethnographies and large-scale analyses of regional trends and developments, the volume amply demonstrates the value (and indeed necessity) of sustained, multi-scalar transdisciplinary engagement as a means of capturing the complex transformations at work in this region.

The book is divided into four sections. Part 1 (Landscape, Culture and History) provides overviews of different facets of the Kemena and Tatau river basins, covering their geomorphological and hydrological characteristics; land-use patterns; multiethnic composition; local histories of mobility, intermarriage, and settlement; and forest dwellers’ long-running involvement in regional and global commodity flows. Taken together, these reveal how the region’s geomorphological uniformity generated a socio-ecological riverine network that facilitated high levels of mobility and exchange, thereby sustaining a multiethnic basin society engaged in extensive trade and other relations.

Part 2 (Inflection Points of Nature) foregrounds the “interfaces among fauna, flora and the human community” in the area, exploring, for example, different species’ adaptation to human-disturbed landscapes (Chapter 8); natural salt licks and forest patches within managed/production forests (Chapters 9 and 10); and the impacts of plantations on stream water chemistry, carbon dynamics, and stream fish biodiversity. While written as conventional natural scientific analyses, these chapters collectively foreground the inextricability of “nature” and “culture” in one anthropogenic landscape, revealing how human activities such as hunting and plantation management are transforming and reorganizing ecological relations on the ground. Yet what also emerges is a sense of nonhuman agency and adaptability: of regenerating biomass, for example, and of various species adapting to and even thriving in degraded forests.

The theme of adaptation is further developed in Part 3 (Plantations as Social Complexes and Infrastructure), which grapples with one of the most contentious developments in Sarawak’s history: the rapid conversion of vast swathes of the state to acacia and oil palm plantations in recent decades. In contrast to current polarizing debates surrounding oil palm/palm oil, the four chapters in this section take a measured, empirically grounded look at key elements of the plantation frontier. For instance, Kato Yumi and Samejima Hiromitsu reveal how human-animal relations and hunting patterns have shifted in plantation landscapes, as both bearded pigs and local hunters adapt to the possibilities emerging at the interface between plantations and natural forests (Chapter 14).

Similarly, Soda, Ishikawa, and Kato explore how plantation and road expansion have transformed indigenous villagers’ livelihoods and movements, generating a new social and spatial infrastructure of three main nodes—village, langkau (roadside huts), and urban residences—that allow people to move between three different economies (the natural economy along the river, the plantation economy along the road, and the urban economy in Bintulu). Intriguingly, they highlight how many villagers’ turn to oil palm smallholdings is itself a strategy to protect their customary land from appropriation by the state or corporations. A similar portrait is painted by Soda and Kato in Chapter 17, which examines the flexible livelihood strategies of oil palm smallholders, who use both recent infrastructural developments and more traditional methods (such as kin-based networks and beduruk—an Iban labor-exchange system devised for rice cultivation) to remain adaptable and resilient. As the same authors note in Chapter 16, however, their capacity to do so is contingent on the evolution of the relationship between companies and smallholders, which, they argue, does not have to be based on a dichotomy between the two.

Part 4 (Commodification and Local Processes) entails a scalar shift, as the book pans outward to reveal the dynamic commodity chains linking the Kemena-Tatau basin catchment to the rest of the world. This is achieved through a series of fascinating case studies that explore, among other things, the trajectories and multiple ontologies of edible birds’ nest, rattan, bezoar stones from porcupines, and timber—from the point of harvesting/production to their sale and consumption in far-off places. Again, nonhuman entities and more-than-human relations play crucial agentive roles here: swiftlets adapt to both modified landscapes and human-built swift houses, with implications for Chinese-indigenous villager economic relations; oil palm plantations attract and sustain porcupine populations, with implications for hunting techniques and the emergence of a new, increasingly lucrative bezoar trade. What also becomes evident, however, is Sarawak’s entanglement in wider international trade dynamics and politics: the birds’ nest and bezoar trades are fueled and inflected by ethnic Chinese demand in Asia; rattan exports are impacted by Indonesia’s changing export rules; forest and plantation management bureaucracies are shaped by Western concerns about sustainability and indigenous rights.

These four sections are tied together by an introduction and a brief coda. While the former introduces the river basin as a field of study and sets out the analytical framework for the rest of the book, the latter delves into recent social scientific discussions about the Anthropocene and its alternatives, such as the “Capitalocene” and the “Plantationocene.” This shift in conceptual framing appears to reflect the timescale and evolution of the original research project. When the project ran from 2010 to 2014, anthropology and other disciplines were just experiencing a “turn” to multispecies and more-than-human ethnography—the influence of which is evident throughout the volume. By the time of the book’s publication in 2020, this more-than-human interest had morphed into a broader preoccupation with the all-consuming, boundary-breaking figure of “the Anthropocene” and the socio-natural ontologies that it was both unveiling and engendering. As Ishikawa explains: “the crucial moment of the Plantationocene was unfolding in front of our eyes during the study” (p. 591).

There has been surprisingly little sustained engagement between such recent bodies of work and Borneo studies, and this volume marks an important step toward opening up new conversations between these fields of scholarship. It does so not by indulging in speculative thought experiments (as do some more florid versions of multispecies and Anthropocene writing) but through the juxtaposition of multiple disciplinary perspectives and case studies that cumulatively generate a more-than-human appreciation of this Anthropocenic space. Having said that, it would have been good if the volume’s overall conceptual framings (basin societies, more-than-human ontologies, Plantationocene, etc.) had been more thoroughly integrated into the individual chapters. As it stands, the introduction and coda are left to do much of the conceptual heavy lifting and the work of integration and connection. Readers dipping into individual chapters may thus lose sight of the vital, stimulating insights that can be gained from reading the book as a unitary intervention.

Another minor concern is the slight datedness of some of the primary research material, which was collected in 2010–14, when plantation expansion in Sarawak was progressing apace and global trade and internationalism were less fraught than they are, in this milieu of assertive nationalism, receding internationalism, and, of course, a global pandemic. While the gap between research collection and publication is understandable—the book is a feat of organization—it does raise interesting questions about how different things might look today. For example, recent years have seen a greater international focus on sustainable palm oil, an EU ban on palm oil in biofuels, and moves within Malaysia to halt new plantation expansion—all of which are undoubtedly shifting the dynamics of oil palm cultivation and smallholder-company relations in the area.

To be fair, though, the authors do acknowledge the temporal specificity and transitional nature of their case studies—the fact that they constitute a “snapshot” of one plantation frontier at a particular moment (p. 593). And in many ways, this is one of the collection’s key strengths. As the chapters so compellingly show, Borneo has long been, and continues to be, a site of transformation and innovation. Rather than treating change as anomalous or irrevocable, Anthropogenic Tropical Forests’ long view reveals how recent events constitute merely one phase in Sarawak’s extensive, dynamic history of movement, exchange, and adaptation. This is exemplified by Soda and Kato’s discussion of how the growth of oil palm smallholdings has precipitated a return migration to and revitalization of village communities, which were previously expected to be “hollowed out” by frontier development.

None of this detracts from the fact that Sarawak—and Borneo at large—have seen extensive, often destructive environmental transformations over the past few decades. What this volume does, however, is cut through the sensationalism and declensionism that often characterize recent portrayals of Borneo (and related topics such as oil palm) to present a more nuanced view of the multispecies, multiethnic, and generally multiplicitous dynamics and experiences at work on the ground. Through this lens we see destruction, conflict, and loss but also creativity, coexistence, resilience, hope, and new possibility. It is testament to the editors’ and contributors’ commitment to grappling with complexity through empirically grounded scholarship that these points come across clearly and compellingly, without the need for theoretical or conceptual gymnastics. In short, this is a groundbreaking contribution to Borneo studies and an exciting model of cross-disciplinary collaboration from which scholars in Southeast Asia and beyond can learn. 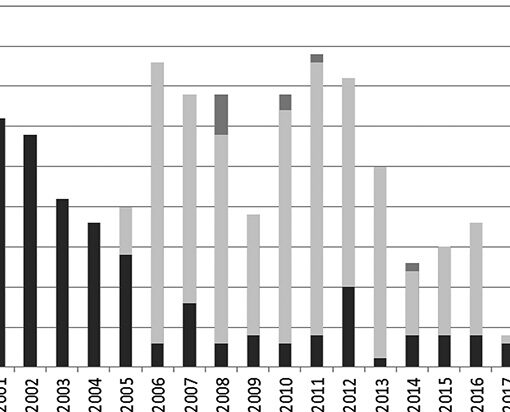 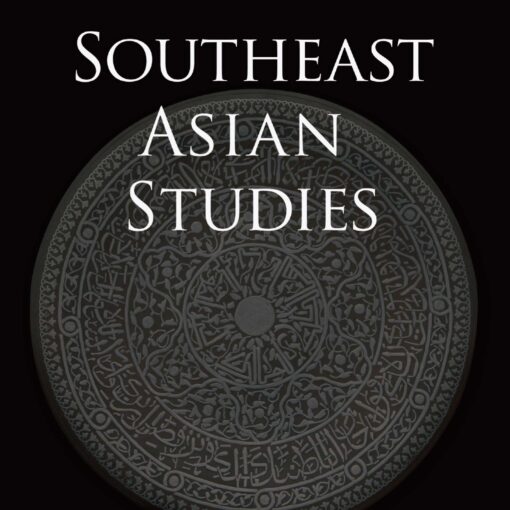