Despite repeated attention being given to the significance of overseas Chinese communities as the world’s largest diaspora, its historiography has not yet reached a level comparable with the scholarship of Western migration histories. One reason is the lack of written historical sources; in particular, relevant information about ordinary emigrants’ lives at home and abroad is inadequate to elaborate on the historical evolution of overseas Chinese socioeconomic activities. To bridge this gap, Chinese scholars have primarily sought to collect private incoming letters—qiaopi (僑批)—sent by Chinese emigrants from their sojourning regions and analyze them to derive historical features and transformations of overseas Chinese businesses and societies. Additionally, after qiaopi was inscribed into UNESCO’s Memory of the World Register in 2013, the significance of the vast collections drew wider attention from global scholarship. Under these circumstances, the cornerstone work by Gregor Benton and Hong Liu, Dear China, aims to suggest the significance of qiaopi as historical sources and summarize the research by mainly Chinese academics on overseas Chinese socioeconomic history in an English-language publication.

According to the book’s introduction, qiaopi (qiao means “sojourner” and pi means “letter”) is a generic term for the letters sent home by Chinese emigrants in the nineteenth and twentieth centuries. Significantly, they were sent as proof of remittance. Although it was assumed that most qiaopi were discarded, numerous letters remain, and quite a few are stored in archival collections by Chinese scholars, archivists, and grassroots historians. In the past few decades, while many qiaopi-based academic studies have been published in Chinese, their contributions have not been acknowledged internationally and a comprehensive understanding has not yet been established owing to a lack of English publications. Therefore, this work aims to marshal an array of existing studies’ findings regarding overseas Chinese remittances and provide an overview of the long-run development of the qiaopi trade in the past two centuries.

While many Western studies on transnational Chinese migration have used national statistical data and are based on the conventional nation-state paradigm, new Chinese research has paid particular attention to “people without written history.” The latter body of literature has utilized qiaopi collections to investigate not only the socioeconomic but also the cultural development of overseas Chinese migration. Furthermore, the inclusion of qiaopi in the UNESCO Memory of the World Register in 2013 has vitalized international academic interest. The second and third chapters address historical changes in the qiaopi trade pattern and mechanism between China’s southern coastal provinces and maritime Southeast Asia, with a focus on the long-run and overlapping evolution from shuike (merchant couriers) to piju (remittance shops) over the nineteenth and the first half of the twentieth centuries. It has been highlighted that while adapting to Western-led new remittance technologies, such as exchange banking operations and postal services, the qiaopi trade was not completely transformed into transnational capitalism based on the institutionalized trust/market system, but essentially sustained the conventional affinity-based networks across homelands and settlements. The next chapter illuminates the diversity of remittance modes and migration networks among various communities in China and abroad; certain groups had closer connections with particular continents, which were nurtured through the long-standing development of the relationship between China and the respective settlers’ lands. Chapter 5 focuses on the role of qiaopi trade in the modern Chinese economy and politics; it played a crucial role in China’s balance of payments adjustments and contributed to the anti-Japanese war and postwar rise of black markets through fund remittances. A little-researched aspect of qiaopi, charity, is also examined as an underlying factor in the network’s sustainability across space and time (Chapter 6). The remarkable features of qiaopi are discerned by comparing them with the existing scholarship on European migrants’ letters (Chapter 7).

The outstanding contribution of this study is that it highlights the potential significance of qiaopi in bridging the literature gap between studies using modern Western materials and those using vernacular sources. As mentioned in the book, the intra-Asian and global vitality of transnational Chinese migration has drawn greater scholarly attention since the 1990s, as the Chinese economy was opened to the world. Earlier empirical research was heavily dependent on historical records managed by the ruling authorities, particularly by Western (colonial) governments. Consequently, the historiography shaped by those studies tended to emphasize the emergence of Chinese migration as a telecoupling phenomenon between China and its diaspora regions, or the success stories of overseas Chinese businessmen. As for non-Western local sources—for instance, old archives of the eighteenth-century Batavian Chinese community and prewar Japanese investigation reports (translated into English and widely used, e.g., Hicks 1993)—they have been acknowledged as valuable records but are quite limited in their period of interest and focal points. Consequently, “overseas Chinese networks” were stressed as a fundamental factor in the rise of “Chinese guanxi capitalism,” but their actual mechanism and operations were left untouched as a black box due to the dearth of primary sources that could shed light on the practical activities of network participants. Under these circumstances, qiaopi has great potential to enable us to find out the personal motivations for not only economic profits but also cultural and emotional acclimation facilitated by affinity-based networks, which were supposed to be essential for the sustainable development of Chinese migration and remittances across time and space. This book introduces some English-translated letters that are useful for prospective research alongside another volume edited by the authors (Benton et al. 2020).

Another significant challenge addressed by this book, particularly in Chapters 2 and 3, is shedding light on the development of the qiaopi trade in response to economic globalization throughout the modern period. Based on previous studies, the authors attempt to elucidate the long-term transformation of remittance businesses by key players, namely, from suike to piju, over the two centuries. They argue that it was not a linear development from conventional general merchants to innovative specialist entrepreneurs, but that those multiple modes of business coexisted and gradually evolved into suitable forms based on their incessant challenges and adaptations to the dramatically changing intra-Asian and global economic milieu. It has been assumed that the 1850s–70s was a crucial period for the increase in overseas Chinese remittances because the massive emigration to South China Sea littoral and Gold-Rush countries began in the aftermath of the 1840s–50s conclusions of unequal treaties and Western full-fledged economic expansion in a broad area of Asia. According to the authors’ arguments, however, the fundamental system of sending letters together with remittances was rooted in the traditional mode of qiaopi trade run by suike who were vigorously engaged in China-Southeast Asia maritime commerce since the eighteenth century; their dialect- and kinship-based connections between homelands and diasporas continued to work as a vital (informal) institution underlying the remarkable post-1850s growth of migration and remittances. In other words, it was not just that the expansion of Western political and economic influence led to an increase in overseas Chinese remittances, but the conventional qiaopi trade autonomously developed into more efficient undertakings while coordinating the financial and social nexus shaped by personal communications via innumerable letters in and out of China. This argument echoes the emerging historiography in the literature of global economic history, which advocates the significance of the first wave of globalization through the long nineteenth century.

This fascinating volume by Benton and Liu proposes many noteworthy arguments for Southeast Asian history research because it pays heed to overseas Chinese society as one of the key factors in the region’s historical changes. From the viewpoint of Southeast Asian socioeconomic history, I would like to raise two further points. The first is the relevance to the “Chinese Century,” one of the significant arguments in modern Southeast Asian history. It has been argued that maritime Southeast Asia’s production and commerce were greatly revitalized in response to Chinese economic and trade expansion in 1740–1840, and such commercial development (its momentum lingered until around 1870) preceded the growth of intra-Asian and Western long-distance trade during the post-1870 high colonial period. As described in the volume, suike as couriers of goods, sojourners, and letters (along with money) were born from such a commercial boom, and so it may be said that the long-standing development of qiaopi trade originated from the socioeconomic dynamism of the Chinese Century. How can we then interpret the 1850s–60s coincidences of the inception of suike business transformation and the termination of the Chinese Century? Indeed, statistical tools document that while Southeast Asia’s merchandise exports to China gradually diminished after the mid-nineteenth century, the latter started to send massive labor forces to the former in exchange for incoming remittances. Did these changes indicate a shift of those regions’ positions in the modern global economy or the fall of China as an old giant economy and the rise of Southeast Asia as a new frontier? Thus, an exploration of the contemporaneous evolutions of qiaopi trade and the Chinese Century will not only serve us with a crucial understanding of the China-Southeast Asia historical interconnectedness, but also provide an insight into the significance of intra-Asian linkages in world history.

Second, I would say that it is imperative to reconsider the significance of affinity-based overseas Chinese networks in connection with the effectiveness of Westernized formal institutions, particularly in Southeast Asian colonial states. The authors stress the important function of geo-consanguine connections—not only for financial operations, but also for the self-identification of emigrants as members of a home-based community that guaranteed security of life in remote countries. This cultural and emotional sense of belonging promoted the incessant flow of emigrants and large-scale remittances not only as allowances but also as philanthropy. However, privately operated emigration and remittance businesses gradually diminished after the governments of Communist China and independent Southeast Asian nations sought to control them in the postwar era. Conversely, did the immigration and financial policies of Western colonial governments promote overseas Chinese businesses? For instance, the Straits Settlements government established the Chinese Protectorate Office in 1879 to regulate Chinese immigration and secure the lives and rights of Chinese immigrants in the territories under British rule. In other words, the British colonial authority attempted to maintain social order by applying a legalized institution to Chinese populations. Thus, colonial Southeast Asia was the realm where the Western legal system interacted intensively with the Asian social order. How did such a formal institution affect the rise of the qiaopi trade? Furthermore, was there no positive reaction from individual emigrants who became aware of the effectiveness of Westernized institutions? Do qiaopi tell us something about those emigrants’ “modernized” behavior? By exploring the effect of Western colonial institutions on the modern growth of overseas Chinese business, we can more deeply contextualize the latter’s development within Southeast Asian and global historiography.

Contents>> Vol. 11, No. 1 The Feast of the Santo Niño: An Introduction to the History of a Cebuano Devotion Resil B. […] 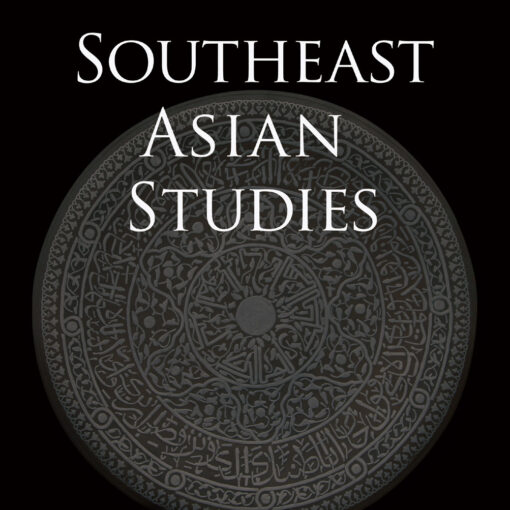