For its sheer size and diversity, Indonesia is a country that the world cannot simply ignore. Containing the world’s fourth-biggest population and the largest number of Muslim adherents, being among the 20 most important economies, an exporter of many primary and manufactured products, and one of the planet’s most biodiverse countries, everything it does now and in the future will continue to have significant international impact. At the same time, global developments in the struggles for, attainment of, transformations, and modifications in the experiences and meanings of democracy ineluctably affect Indonesia. Activists in Transition: Progressive Politics in Democratic Indonesia collects thought-provoking studies on the democratization movement in Indonesia from the New Order to the present. In the wake of Suharto’s downfall in 1998, the world is watching how Indonesians themselves are charting a democratic path toward peace, progress, and prosperity compared to the authoritarian model of a developmentalist state it implemented for three decades.

The volume’s editors, Thushara Dibley and Michele Ford, provide a directional introduction by defining the terms “social movements” and “democratization,” explaining the nuance of the concept “progressive,” strongly connecting social movements of various progressive groups and the process of democratization. They show how these movements propel democratization itself and how they engage with a newly democratized and democratizing state, and then the authors outline the stages of democratic struggles since the New Order. It is critical that the editors identify the problem of stagnation since the peaceful transfer of power in 2004. In so doing, they open to us the idea that “democracy” is not an achieved political form of government and social order, but instead a process that may experience setbacks and even reversal.

All the chapters present the historical development of each movement, explaining the twists and turns in their social struggles and charting the shifting course of progressive politics in the wake of Suharto’s downfall. Key patterns are observable in progressive politics: the meeting of indigenous conceptions of rights and welfare, and relevant international developments (i.e., definitions of disability and sexual minority, progressive and conservative politics cultivated from education and travel abroad, strategies and tactics shared by affiliated foreign organizations); the New Order’s clampdown of potential rival political organizations (especially religious and labor groups); democratization’s opening to all kinds of social forces (including conservative formations); Indonesia’s move toward political decentralization as posing challenges to more comprehensive, national, and radical social changes; and the difficulties, promises, and perils of electoral politics.

The first chapter by Yatun Sastramidjaja explains the pivotal role of the student movement in the nation’s history, from the 1966 Generation that helped entrench the Suharto dictatorship to the 1998 Generation that toppled it. Different organizations had different politics; however, they all assumed the role of the “political vanguard” in social struggles, anchoring on the supposed “moral force” of students untarnished by politics in the sense of actual involvement in governance. The next chapter by Elisabeth Kramer, on the anti-corruption movement, tackles the campaign to make the government transparent and accountable by “bringing political elites to justice.” It shows us the difficulty of elite durability through and after reformasi, as they have clobbered the democratic institutions set up to hold them responsible.

Teri Caraway and Michele Ford’s chapter presents a critical counterpoint to elite dominance in regime change in their discussion of the labor movement and democratization—a crucial topic considering the renewed liberalization of the economy in the post-authoritarian era characterized by intensifying attacks on workers’ rights. However, while unions have successfully attained some political and economic rights, the absence of a worker’s political party in Indonesia precludes more significant and long-term reforms for the labor sector. Iqra Anugrah tackles the case of agrarian politics and the peasant question with an identification of how the “structural inequality in the ownership of, and access to, land” (p. 83) remains the most critical issue after the New Order. What instead occurs is the preponderance of micro and small efforts for “individual economic empowerment through inclusion in market citizenship” (p. 86) and the lingering absence of comprehensive agrarian reform in natural-resources-rich Indonesia.

Ian Wilson’s focus on “everyday politics” and “defensive forms of action” makes his chapter on urban poor activism in contemporary Jakarta the book’s most fascinating one. The urban poor’s “encroach[ment] on services, utilities, and space otherwise denied them” and “us[age] or appropriate[ion] of state-owned land” constitute everyday forms of resistance by the little people which social movements harness into wide-ranging programs of action that will systematically institutionalize their right to the city. Here, the failures of legalist approaches, clientelist politics, and election dependency demonstrate the challenge of realizing the political power of the urban poor themselves. Nevertheless, the same lesson applies to all the other sectoral and cause-oriented movements.

According to Greg Fealy’s chapter on progressive Islamic politics, Indonesia’s secular world is turned upside down. While the brutal New Order was amiable to liberal Islam, the post-authoritarian dispensation witnesses increasing attacks against progressive Muslim personalities and organizations. Conservative and orthodox Islamic organizations that Suharto had weakened returned and, revitalized by the democratic process, are now aggressively contending for political power, pushing back secular reforms toward a more “purist” or “fundamentalist” Indonesia.

This conservative or anti-liberal turn in what is hitherto perceived as “moderate” Indonesia proved to be agonizing for the women’s and gay and lesbian movements. The term “political” was considered “dirty” by New Order politics (p. 30), in the same way that “liberal” became taboo in religious politics since democratization (p. 129). In Rachel Rinaldo’s chapter on the women’s movement, we see how vital gains on the issue of domestic and sexual violence, pornography, sex outside marriage, rights to one’s body, and a more gender-equal society are being reversed by democracy’s (inadvertent) empowerment of conservatism. In Hendri Wijaya and Sharyn Graham Davies’ chapter, democracy’s promise of equality for lesbian and gay groups remains unfulfilled because of the conservative backlash that propagates hatred against them and institutionalizes the repression of sexual minorities through laws and social regulations. However, both works draw attention to how the two movements confront misogyny and homophobia by mobilizing for the social and legal recognition of diversity, human rights, and identity politics. Developing progressive interpretations of Islamic texts and a historical understanding of traditional queer practices in the country are imperative for the people to understand the “women” and “gay and lesbian” questions in contemporary Indonesia.

Thushara Dibley illustrates how the plight of the disabled or, some would say, the “differently-abled” was ameliorated when a social, not a medical, definition was adopted to understand their condition. Here, the problem lies more in implementing measures that would make life easier and more inclusive after passed laws. As a way of moving forward, Edward Aspinall concludes the book by pointing to the challenges of clientelism, informality, and competing claims and countermovements in democratizing Indonesia. The task is to move from a “particularistic social order” to “one based on ethical universalism.”

We may glean several lessons from the authors’ discussions. First, while sectoral organizations “exploit the electoral vulnerability of incumbents” (p. 70), the problem of political representation always raises the question of cooptation by the elite that dominates electoral politics. Participating in electoral politics might lead to the subsumption or dilution of their demands in alliance or coalition politics, notwithstanding the lucrative and, therefore, “dirtying” enmeshment with traditional politics. Second, whereas decentralization ideally grants freedom and flexibility to provinces and districts and promises greater citizen participation in decision-making, it is also seized by, and has eventually benefited, the conservatives who are more organized and politically influential at the local level. Third, non-government organizations thrive in social struggles and are even encouraged by democratization, but it remains to be seen whether they truly broaden and deepen grassroots social movements. Is the rift between “professionalization” and “radicalization” an enduring one for social movements? How do international funding arrangements rework the approaches and aims of different social and political organizations? Finally, there will always be the trouble of organizational divisions along ideological and political lines. Setting aside differences for agreements on wider calls should be done because it is difficult to contest long-term elite interests as opposed to the ever-transforming goals of social movements.

The book stirs up many questions. How will progressive politics address democracy’s unleashing of the conservative forces of society? Is liberalism the only way for democracy considering its radicalizing effect on the other sides? Can democracy be developed, thought of, felt, and experienced apart from the conditions of the “free market”? Are there other forms of democracy? How can Indonesia’s rich history of social struggles (its particularities)—especially its indigenous conceptions and practices of pedagogy, land and labor value, sexualities, and multidimensional human abilities—continue to inform social movements worldwide (the universal) progressively? How should Indonesians (and the world) confront the specter of communism haunting movements across the political spectrum in light of the persistent calls for justice for those abused, imprisoned, tortured, and extrajudicially murdered in the wake of “October 1965”? Progressive politics can only be progressive if it first realizes that democracy is a moving target. In a nutshell, democratization is a never-ending struggle.

Contents>> Vol. 11, No. 3 BOOK REVIEWS Irregular Migrants and the Sea at the Borders of Sabah, Malaysia: Pelagic Alliance Vilashini Somiah […] Contents>> Vol. 10, No. 3 Livelihood and Happiness in a Resource (Natural and Cultural)-Rich Rural Municipality in the Philippines Rosalina Palanca-Tan* and […] 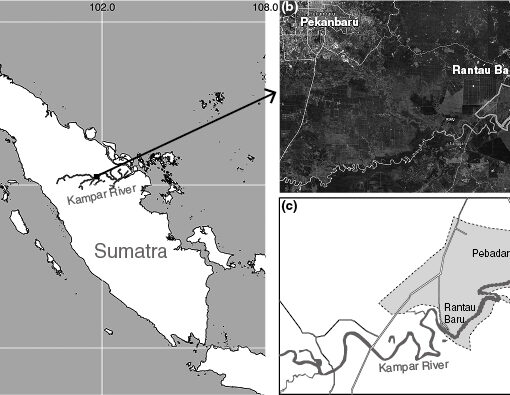 Contents>> Vol. 10, No. 3 Local Names of Fishes in a Fishing Village on the Bank of the Middle Reaches of the […]