Speaking Out in Vietnam: Public Political Criticism in a Communist Party-Ruled Nation

This book divides Vietnamese people who have spoken out against the authorities in recent years into four categories and analyzes how the party-state “repressed” them. Through these categories, Benedict Kerkvliet looks at the governance of the Vietnamese Communist Party (VCP) and the future of democratization. The author, who has observed Vietnamese politics for nearly three decades, has over the years analyzed the relationship between society and the state. In 2005 Kerkvliet described how politics shaped by the peasants drove the state. In the current book, extending from rural to urban areas, he explores the relationship between Vietnamese society and the state through the “anti-China” movement and the democracy movement that appeared with the development of the Internet. For its sources, the book uses online content, newspapers and magazines, government reports and documents, as well as interviews with dissidents and regime critics.

A couple of decades earlier, one could plausibly claim that Vietnamese citizens voiced little criticism in public (p. 140). However, after the mid-1990s the dialogical aspect of state-society relations became visible (p. 145). The author describes Vietnam as a “responsive-repressive party-state” (p. 6) that responds to political criticism in both hard and soft ways.

In Chapter 1, movements such as strikes aimed at improving the working environment of workers are discussed. In 1995–2015 strikes were illegal, yet the party-state authorities tolerated and often defended workers; they were generally sympathetic toward them and even helped them persist with their collective struggles (p. 31). However, there were points at which the authorities’ reactions became repressive. In the case of labor, that point came when workers tried to form their own unions (p. 141).

Chapter 2 deals with farmers’ resistance to land confiscation. According to land laws since the late 1980s, farming households usually have the right to use land for 20 years, but not to own it. The party-state can cancel those use rights and retrieve the land for “national defense, security, national interest, public interest, and economic development” (p. 34). Such retrievals became frequent as the economy diversified, with more land required for urban and industrial purposes. By 2010, roughly 745,000 hectares had been retrieved, affecting some nine million farming people—about 10 percent of the country’s population (p. 34). Due partly to demonstrations and people’s criticism, the authorities revised regulations regarding land appropriation, compensation, and assistance to affected people (p. 55). However, the party-state authorities were repressive, even violent, toward villagers’ protests (p. 56). They rarely used police or other repressive means against workers’ strikes, but they did mobilize police to break up large demonstrations by villagers, even arresting some participants; and on numerous occasions they forcibly evicted villagers from their fields and harassed and intimidated those who refused to quit protesting (p. 56). This was because most workers’ protests were aimed at the managers and owners of the enterprises where they worked. On the other hand, villagers’ protests were usually directed at the party-state authorities (p. 58).

Chapter 3 deals with the criticism of the Vietnamese government by people trying to protect the country from China, which has taken a hardline stance on territorial issues. Students and other citizens marched in the cities to protest the plight of fishers and the Chinese authorities’ violence against them. Chinese actions in Vietnam incited additional anti-China demonstrations and led bloggers, journalists, scholars, teachers, and others to criticize China and Vietnam-China relations. Thousands of citizens signed petitions, letters, and other public statements condemning Chinese aggression and urged party-state leaders to join the protesters in opposing China (p. 86). Officials approved several demonstrations and other forms of protest. But the authorities resorted to intimidation and force when demonstrations took place several weekends in a row and threatened to spread nationwide.

Chapter 4 clarifies the thoughts and actions of regime critics seeking democratization. The author discerns four approaches among the critics. The first stresses the importance of the VCP leadership’s role in converting the present system into one leading to democracy. The second is the confrontation approach, which emphasizes building organizations to dismantle the VCP so as to quickly establish a democratic system before development can occur. The third approach urges engagement with the party-state authorities at all levels in order to press for socioeconomic advancement; from there, democratization will follow. The fourth stresses democratizing society by expanding and strengthening civic, social, and community organization (p. 95). The authorities used intimidation, threats, and periodic detention, but not equally against all critics. Those who were senior citizens, had served in the military, had worked for government, had personal connections to regime officials, or advocated nonconfrontational approaches to democratization were less likely to be jailed (p. 142).

Chapter 5 reveals how the authorities responded to regime critics. Being a regime critic in Vietnam was risky. Even though the 68 dissidents mentioned by the author were neither violent nor favored armed struggle, the authorities’ reactions were often heavy-handed. Officials messed up the lives of many regime critics—they took away their jobs, intimidated their relatives and friends, interfered with their daily lives, interrogated them, sometimes beat them, and frequently detained or imprisoned them. Nevertheless, the data show that the regime was somewhat tolerant of certain people who opposed the political system. It was even more tolerant of public critics who did not seek an overhaul of the political system. In the mid-1950s and late 1980s, the VCP government quickly and decisively silenced public political criticism with repressive measures ranging from denunciation to imprisonment. However, from the mid-1990s to 2015, the authorities used a similar array of measures but with much less effect, largely because the regime’s control over society had abated as the market economy spread, communication technologies became widely accessible, and the authorities became sensitive to domestic and international perceptions of their treatment of dissent (p. 139). Based on available data, the author suggests that over half of the incarcerated regime critics were released from prison before serving their full sentences. And between 2012 and 2015, the number of dissidents imprisoned decreased substantially.

Chapter 6 summarizes the discussion and looks to the future. Kerkvliet predicts that the diversity and intensity of speaking out will likely continue and become more pronounced (p. 11). However, the dialogical aspect of Vietnam’s political system does not mean the country is on the brink of having multiparty elections, freedom of the press and speech, and other institutions common in procedural democracies. Indeed, it does not even mean Vietnam is firmly on a path to democratization (p. 146). The author suggests that the political system may continue in the same direction it has been going in recent decades (p. 147), and also that it may not evolve into a massive movement aimed at replacing the party-state with a multiparty and election-based democratic system, particularly if the present regime effectively combines repression with toleration and responsiveness (p. 11).

Based on my own experiences while staying in Vietnam, I have made the following observations that are somewhat similar to the author’s. First, the authorities do not seem to deal with activists in a completely repressive way to begin with. Initially they try to persuade them, and only when that does not work do they turn to repression. Second, elderly activists are not detained or arrested. Third, repression is mild against former Communist Party members, military and police officials, and those who contributed to the anti-French or anti-American wars. Fourth, the party-state often turns a deaf ear to voices that are critical but do not reject or challenge the Communist Party’s rule.

Another important point is that when a problem is at the local level and criticism is not aimed at the authorities, the authorities leave the matter to the local government. Though it is not mentioned in the book, in 2015 the Hanoi People’s Committee planned to cut many trees on the city streets, which led to a citizens’ protest movement lasting several months. In the end, the city was forced to cancel the cutting plan. Since the protests were directed at the Hanoi government, not the party-state authorities, the authorities did not put any pressure on the citizens.

Finally, I would like to raise some questions. First, the author notes, based on other scholars’ works, that the ways of dealing with various citizens’ movements were the same between the Chinese Communist Party (CCP) and the VCP (pp. 5–6). I do not agree. China’s dictatorship under Xi Jinping is more oppressive, for example, when it comes to land confiscation from farmers, oppression of regime critics, repression of ethnic minorities, and so on. Compared to the VCP, the CCP seems to have almost no dialogical interaction with citizens. Also, if my argument makes sense, though it is not the main theme of this book, I would like to know what caused the differences between the CCP and the VCP in dealing with society.

Further, the author writes that Vietnam, which has turned into an omnidirectional diplomacy after Doi Moi, cares about the opinion not only of Vietnamese citizens but also the rest of the world. For example, when human rights issues are taken seriously by international society, it damages Vietnam’s international reputation and affects its economic development. I believe this sensitivity to world opinion is a differentiating feature from China. Is this because the Vietnamese authorities are aware that Vietnam is only a medium-sized country, unlike China, which is contending with the United States for world hegemony?

My intuitive perception of how the authorities dealt with democratic activists was confirmed through the author’s statistical figures in Chapter 5. By categorizing critics, the author shows how much the Party tolerates. This book is valuable for showing the relationship between politics and society in modern Vietnam numerically and clearly.

Despite the large number of Japanese scholars researching Vietnam, in Japan we have not discussed details of the VCP’s governance in the field of politics; Nakano Ari (2009) is one of the few exceptions. This is because the leading Japanese scholars became interested in Vietnamese studies during the Vietnam War. They tended to support the North, which was trying to achieve independence from US hegemony. This is probably why there have not been many studies revealing undemocratic governance in Vietnam and the reason a book like this has never appeared until now. I believe this book is indispensable when it comes to talking about contemporary Vietnam, covering the entire North and South, looking at the period from the Nhan Van Giai Pham incident in the 1950s to the present, and depicting the evolution of the relationship between the Vietnamese people and the authorities. 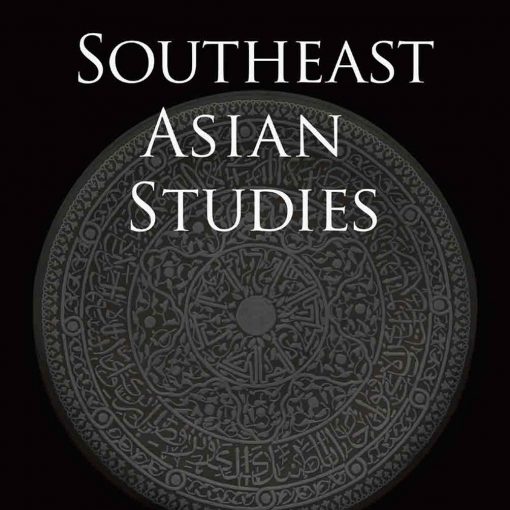