Beyond the Asylum: Mental Illness in French Colonial Vietnam

The book consists of six main chapters along with an Introduction and Conclusion. Chapter 1 traces the emergence of the French legal category of the insane, first in metropolitan France and then in French colonial Indochina. Edington overlays this story with a discussion of the pre-existing indigenous Gia Long codes (decreed in 1812 in Nguyen territories) that codified madness as a legal category in the region. These codes, she observes, already defined certain aspects of madness as punitive, and officially designated family and community as the primary sites of both care and surveillance. The 1930 French colonial asylum law would be “adapted” to the conditions in Tonkin, Annam, and Cochinchina (but not, it is presumed, to Cambodian or Laotian conditions). Already, the chapter sketches how mental illness and jurisprudence were linked from the precolonial through to the colonial period, and how the study is focused on the “colonial career of the legal concept of the aliéné [mentally alienated]” (p. 29). While mental illness as a phenomenon that operated outside the public sphere clearly existed, it is not captured in this first chapter as the focus is on mental illness relating to public safety and legal responsibility.

The second chapter details the opening of the first mental asylum in French Indochina in 1919, Biên Hòa in Cochinchina. Edington details operational and patient problems, which share many similarities with the other medical and social services of Indochina, including the underrepresentation of female patients, the problem that distance between the facility and home posed for family members, institutional understaffing, and financial shortfalls. The author spends some time on the problem that mental health practitioners had of attempting to define confinement in a mental asylum as something other than punition, and patients as distinct from convicts. While she emphasizes that this problem was specific to mental health within the colonial medical domain, it bears noting that the issue was experienced also with leper villages contemporaneously being established in the five regions of Indochina. Psychiatric confinement, she argues, was framed less by “the prism of rational treatment than through the calculus of risk management” (p. 90). Again, this observation could be expanded to colonial management policies for prostitutes, lepers, addicts, mendicants, and other marginal individuals. This chapter also provides an important window to the lived experiences of the mentally ill being treated under the colonial regime.

Chapter 3 interlaces the history of mental health policies in Indochina with other regional developments, interestingly connecting this history to the academic creation of “Southeast Asia” as a coherent region for study. The establishment of organizations such as the Far Eastern Association of Tropical Medicine—driven by colonial administrators’ attempts in the early twentieth century to compare regional administrative policies—was key to framing the region of Southeast Asia. Focusing on French study of the Dutch East Indies and its Buitenzorg asylum, Edington argues that from exchanges with their Dutch counterparts as well as their experiences in the hexagon, French mental health experts came to embrace the concept of physical labor as a wide panacea for mental health disorders, and thus organized their asylums by incorporating daily physical labor as part of the psychiatric reeducation of patients. In detailing how labor was incorporated into mental health treatment, the study gives the reader a flavor of life in the mental asylum.

The chapter that follows attempts to characterize the mobility of psychiatric patients in and out of the asylum, in part by focusing on how lay populations were key in shaping concepts of abnormality and negotiating the framework for acceptable confinement. The study also emphasizes how the family was central to treatment, and how this was distinct to the colony. However, the active role of community and family in delimiting the patient’s status and treatment has also been studied extensively in the medical anthropology of Africa as well as other parts of Asia. The continuing centrality of the family unit in defining both mental disease and treatment in non-Western contexts, and some of the issues arising from these family connections, continue to be part of the contemporary transcultural psychiatry debates revolving around the Movement for Global Mental Health of the last decade.

Chapter 5 is devoted to treatment advice in the popular press and the tension between the concept of modernity as pathologizing and modernity as liberating. This chapter tries to capture the lay view of mental health, but, as with many historical studies of popular media, it leaves the reader wondering how much Vietnamese elites’ attempts to shape mental health knowledge in the popular press for their urban, educated audience can stand in for a true snapshot of the evolving view of mental illness for most of the population. While it is true that Tonkin, Annam, and Cochinchina had a much higher percentage of newspaper-reading public than many other colonies at the time, it would seem, even from the evidence presented by Edington, that the elite and middle-class indigenous population had a perspective on mental illness distinct from the lower classes. This chapter highlights another tension in the book: the mental health treatment options for poor and rich Vietnamese, and their perspectives on mental health, would seem quite divergent from each other. Such class issues in the development of psychiatry are discussed only in passing.

The final main chapter of the book discusses the relationship between psychiatry and the criminal justice system. This chapter provides an informative discussion on how psychiatric expertise was triangulated among the criminal, legislative, and medical systems. Edington posits that mental health experts in French Indochina were trying to unify the field of psychiatry in part by establishing the “universality of childhood between France and the colony” (p. 200). Similar to Chapter 4 on patient movement in and out of the asylum, Edington argues that psychiatrists were making a claim to unique and expanding expertise over new domains, in this case proper childhood development. However, in neither case does the study fully explore the tension between the expert’s desire to expand his role and draw in more patients, and the expert’s administrative reality of overcrowding, understaffing, under-resourcing, and unmet patient needs. A partial solution for the expert would seem to be found in the argument that the lack of space, personnel, and resources encouraged the porous borders of the asylum and the dependence on family and community to surveil provisionally released patients. Thus, the author’s analysis adds another layer to the continually vexed question in colonial medical studies of how medical expertise was constructed when medical provisioning could not be monopolized by the “expert.”

As is common with many studies of colonial Indochina, this monograph folds Cambodia and Laos by default into a general discussion of the history of psychiatry in Indochina, even when some of these generalizations are applicable only to the three regions of present-day Vietnam. For example, patients from Laos and Cambodia are mentioned in passing, but only as part of the Vietnamese example. While a “colonial” Vietnam did not exist during this period, a history of “colonial Annam, Tonkin, and Cochinchina” is perhaps too cumbersome as a concept or title. This is not a critique unique to this book, but a commentary on how French administrative records and the colonial past continue to frame the possibilities of how we write “locally grounded” histories of the colonial period. A history of colonial Indochina is rarely a balanced history of the five regions of colonial Indochina.

Ultimately, the monograph lays bare the uneasy foundation of professional expertise in the colonial setting and begins to suggest some of the ways that the field of mental health continued to be fraught with contradictions interwoven among compromises. Overall, this study provides an important addition to our growing understanding of the dynamics of medical care and health behaviors beyond the Western context. This book makes a valuable contribution to the history of psychiatry as well as the growing body of social histories of “marginal” populations. Indeed, the richness of the stories told in this monograph provides proof that histories of the margins are vital to a better understanding of all aspects of the human condition.

Sokhieng Au
College of Liberal Arts and Sciences, The University of Iowa 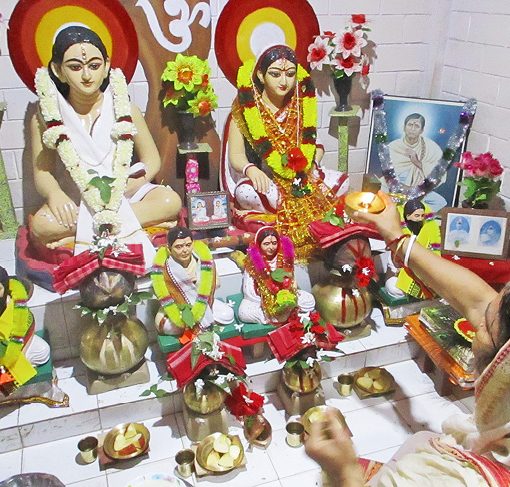