Many of the papers presented at the symposium have been published in a new volume, Southeast Asia’s Modern Architecture: Questions of Translation, Epistemology and Power, which is a pioneering work in the twentieth-century architectural history of this region (especially in the postcolonial Cold War period) and progresses beyond conventional explanations of architectural history. In the introduction, “Historiographical Questions in Southeast Asia’s Modern Architecture,” editors Jiat-Hwee Chang and Imran bin Tajudeen give a detailed explanation of the limitations of past studies on the region’s architectural history. They point out that using the term “Southeast Asia” as a geographic unit of analysis has problems, limitations, and opportunities. From there, the editors introduce the reader to the basic issues of the book on modern architecture in Southeast Asia through a review and classification of past approaches. They show the limitations of past approaches and propose an appropriate direction for studies under three broad conceptual frameworks: translation, epistemology, and power. The book is structured in three sections, each following one of these issues, and each containing three articles.

The nine articles have a few distinctive features, the first of which is that they present many theoretical frameworks that cross boundaries between disciplines. Postcolonialism, postmodernism, nationalism, material culture, gender and power, etc., are used as tools to analyze architecture, including the built environment, in articles such as those by Anoma Pieris on “Thinking beyond the Nation: Repositioning National and Regional Identities through Architectural Discourse” and Koompong Noobanjong on “Forgotten Memorials: The Constitutional Defense Monument and Democracy Temple in Bangkok, Thailand.” The former article is an attempt to propose a new approach to the study of architecture in the region, which enables us to escape the trap of nationalist frameworks and a Eurocentric approach. The latter article is an attempt to apply semiotic theory to the study of the political forces and meanings that operate through modern forms of art and architecture in Thailand, which were established by the political group Khana Ratsadon (the People’s Party) in 1932–47. The application of this theoretical framework leads to the discovery of increasingly complicated perspectives on architecture that go far beyond conventional studies. These articles also help to reveal exciting new case studies that, if developed further, can help create a much better understanding of the original theoretical frameworks and can even develop new theoretical frameworks for explaining social phenomena in the region.

The second distinctive feature is the diversity of case studies. All nine articles are studies of architecture—whether government buildings, religious buildings, hotels, or public spaces—and also conservation policies for ancient sites in the postcolonial period, many of which incorporate designs that have hardly received attention or are spaces occupied by ordinary people that have been neglected or overlooked. The areas of study cover important cities in the region, including Bagan in Myanmar, Bangkok in Thailand, Saigon in Vietnam, Bali and Yogyakarta in Indonesia, Singapore, and Manila in the Philippines. However, it is somewhat regrettable that there are no studies of Phnom Penh in Cambodia and Vientiane in Lao PDR, which I personally see as having architecture that is interesting and highly significant in understanding the history of modern architecture in the region, especially in the period after independence in the mid-twentieth century.

The final unique feature, and in my opinion the most noteworthy, is that all the articles have the common characteristic (whether deliberate or not) of challenging past studies that tend to explain the creation of modern architecture in this region (even if created during the colonial period or the postcolonial Cold War period) within the conceptual framework of a Eurocentric approach. All the articles attempt to change the explanatory perspective to pay attention to the complex interaction among the “selection,” “negotiation,” and “adaptation” of concepts from outside within the economic, social, and political contexts that have individually arisen in each society and in each place where architecture has been created. For example, Tutin Aryanti’s “Women’s Prayer Space: A Feminist Critique of Southeast Asian Islamic Architectural History” studies the design of prayer spaces for women in mosques in Indonesia through the concept of “visible” and “invisible” spaces that reflect the “power” and “social structure” of women in Muslim society in Indonesia; this society has characteristics in common with global Muslim society (the Arab world) as well as some that are unique to Muslim society in Southeast Asia.

“The Aesthetic Citizen: Translating Modernism and Fascism in Mid Twentieth-Century Thailand” by Lawrence Chua is similar. The author explores the acceptance of a modern architectural “form” from Europe by Thailand’s political elite after the change in the form of government in 1932. He shows that the architectural form’s “meaning” went in a direction that was not at all the same as the original meaning in European society. If we consider the Eurocentric approach in past studies, this issue may be taken as a lack of knowledge and understanding by the architects who produced a design that went against the concept and meaning of this form of architecture. But a conceptual framework of “translation” leads to the creation of a new understanding in the practice of cultural politics in architecture, which shows that local people were not at all interested in what the original meaning was because the important point was how to adapt the design so that it responded to political events in the most effective way.

In “Conservation Diplomacy and the Narratives of Material Antiquity,” Tim Winter points to this issue in an interesting way. He suggests a clear picture of the model and direction of the conservation of ancient sites in Bagan in the postcolonial period. This appears as significantly different from the colonial period. First, the source of funding to support conservation changed from the former colonial power to countries in Asia. Second, and more important, the concept and theory of conservation changed; it began to distance itself from the methods of a Eurocentric approach, which emphasized one form of value. This could be “authenticity of materials” or the scientific process, which saw ancient sites as a cultural legacy in the academic dimension. In this way, studying and understanding the past reveals the original values based on a traditional worldview of ancient sites as sacred places. This leads to a different approach to conservation, such as reconstruction in a way that prioritizes restoration to a perfectly beautiful condition rather than preserving the remains of enormous bricks. The difference, which amounts to conflict, between these two approaches is a reflection of “translation,” which is a significant feature of the postcolonial period.

Above are the unique contributions that this book brings to academic circles in the field of modern architecture in the region. It should be noted that most of the articles emphasize in-depth studies of a single city in a specific country rather than comparative studies across many countries. Thus, this book contains studies that give an in-depth picture of each study area but lacks a broad, regional picture. It cannot be denied that the case studies are diverse and cover almost all of Southeast Asia. But it would have been much better if the results from the detailed case studies could have been collated to form some common frameworks for analyzing Southeast Asia as a whole.

If we consider Winter’s article from a broader perspective, we find that this case is an example of a phenomenon that is not confined to Bagan. The conservation of ancient sites in Thailand, Laos, and Cambodia, at least in the past few decades, has taken on characteristics and a direction that are no different from one another, based on the concepts of hybridity, accommodating science, religious beliefs of local people, and capital. This encourages us to move to other related issues, such as what Pattana Kitiarsa1) calls “Popular Buddhism,” which shows the hybridity of formal Buddhist concepts that have entered popular religion, capitalism, and globalization. I personally think that this phenomenon is not at all dissociated from the change in worldview when looking at ancient sites, including the hybrid conservation methods referred to above.

Aryanti’s article similarly has the potential of leading to a proposal for a big picture of the design of mosque spaces in the Southeast Asian region, which has distinctive characteristics. For example, this article shows that women’s and men’s prayer spaces are placed together in the same mosque building, which is very different from mosques in the Middle East. This may be explained as a consequence of the long-term history of Southeast Asia, where many studies have shown that the status of men and women has not been as polarized as it is in the Middle East.2)

It should be stated that Aryanti’s argument does not in any way glorify Southeast Asia as having a distinct identity, unlike any other place in the world. Besides, as everyone well knows, the conceptualization of “Southeast Asia” as a region arose only in the Cold War period. Even so, the geographic characteristics together with the long-term history of the region may make it impossible to deny that a considerable portion of the social and cultural legacy has remained and that many “common characteristics” still have consequences today. Even modern history, from the start of the term “Southeast Asia” in the context of the Cold War until the present, has lasted more than 60 years; this is a sufficiently long period for producing some common characteristics from an economic, political, and cultural viewpoint.

The papers in this volume attempt to take a comparative view in order to show a broad picture and reveal some common characteristics of the Southeast Asian region. This may lead to the construction of a new theory for understanding the history of this group of countries. Architecture may emerge as one of the important tools in confirming or creating this theory. 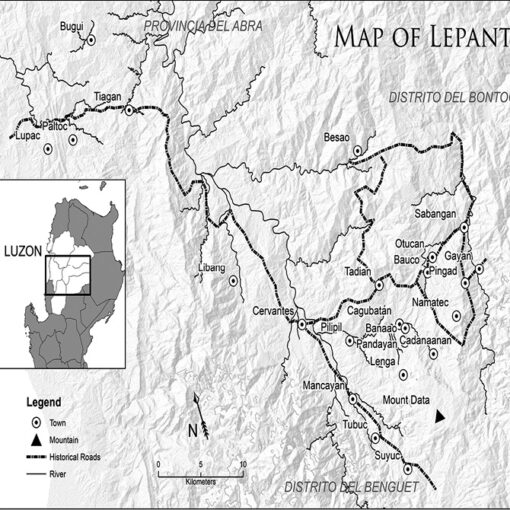